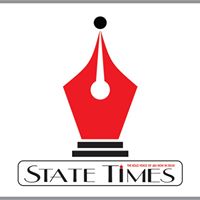 Dr.Tasaduk Hussain Itoo
Plastic pollution is one of fast growing concern/menace in current times. It has a very drastic effect on our environment, thereby rendering it unsafe for survival of living organisms. Jammu and Kashmir Union Territory, formerly a State, is becoming encaged in the huge humps of plastic material since the domestic use of this product is alarmingly high.The growing population is directly adding to the stress on the local resources, resulting in mounting pressure on the environment. The changing consumption pattern is also driving significant impacts on the environment. The burgeoning retail sector (supermarkets, grocery stores and weekly haats) is probably one of the major reasons for the wide usage of plastic bags in the state.
The increasing population and consumerism has added to the existing burden of industrial and agricultural waste and pollution, with the state struggling with not only agricultural and industrial waste, but also household hazardous and non-hazardous waste. A major component of the non-hazardous waste stream comprises plastic waste, including plastic carry bags, sachets, chips packets and magazine covers. Due to the poor waste management system in the state, the problem of plastic waste disposal has become grave. The environmental externality of solid waste associated with plastic bag consumption illustrates the classic tragedy of commons. Individual consumers benefit from the use of plastic bags because of their convenience, while the whole society bears the collective cost of their disposal. The public costs of plastic bag usage are well established. They are environmentally unfriendly, take hundreds of years to degrade and fill up landfills. Plastic litter has led to clogged drains resulting in sanitation and sewage problems; it clogs the soil, hampering tree growth; it often gets ingested by animals; its indiscriminate disposal by incineration pollutes the air and releases toxic substances.
The government of Jammu and Kashmir first notified a blanket ban on polythene carry bags in June 2008, under J & K Non-biodegradable Material (Management, Handling and Disposal) Act, 2007. In March 2016, ban on polythene bags having thickness above 50 micron was lifted and permitted for manufacturing and usage. Due to growing concern of environmental degradation by polythene, the government re-imposed blanket ban on below 50 micron thikness polythene carry bags in April 2017. Recently in 2019, the Government of J & K did a thorough research about the implications and harzards of polythene bags on various dimensions of living and non- living resources and reconsidered/reimposed the blanket ban on using polythene. However, it has been nine years since the first notification came into force in 2008 and, hence, it is important to understand whether the ban has been effective in controlling this menace. It is also important to comprehend the reasons for its success or failure as this will help in further improving the system. In order to check the effectiveness of the ban by the Jammu and kashmir government on the manufacturing, sale, storage, import, usage and disposal of polythene/plastic carry bags by any person including a shopkeeper, vendor, wholesaler or retailer, and trader, we have to take into consideration the targeted two most important stakeholders in this-vendors and consumers. Despite a ban on plastic carry bags in J & K, a majority of vendors and consumers are still using these environmental unfriendly bags. Usage of plastic carry bags varied widely across segments, with a large percentage of vegetable and fruit, and meat and fish vendors using these bags and a very small percentage of large food joints and multi-brands using it. The usage was also high among the small food joints like rehriwalas (roadside temporary food vendors) and dhabas, with large percent found using plastic bags. Interestingly, very few milk booths, chemist and stationery shops were found using plastic carry bags. Among the clothing and shoe shops included, the effectiveness of the ban was mixed. Though all the international and Indian clothing stores had stopped using plastic bags, the local brands were still using plastic bags. The multi-brand and large food vendors have, however, eliminated the use of plastic bags completely. Amongst the consumers, most of them were using plastic bags. The usage pattern is similar across all the sectors except milk booths, large food joints and multi-brand shops, where plastic carry bags are not provided.
(To be continued)

We Need More Illustrations of People of Color in Medical Textbooks