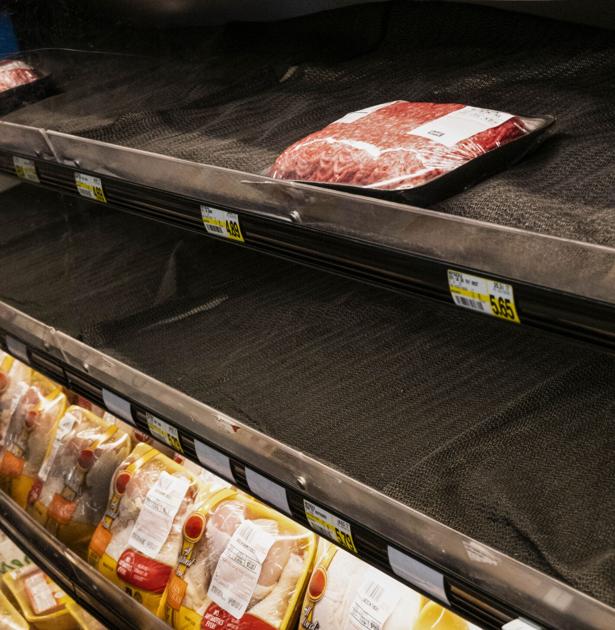 Local grocers are confident that pandemic panic shopping that resulted in shortages of key products in the spring won’t be replicated this holiday season.

They are citing a couple key factors, including shoppers’ faith in the system.

“What we are hearing is that there is a lot of consumer confidence in the supply chain,” Alex Baloga, president of the Pennsylvania Food Merchants Association in Harrisburg, said. The association represents about 1,000 companies in the industry.

“But you never know,” he cautioned.

Rising COVID-19 cases around the country, as well as increased online shopping trends and reports of a potential truck driver strike are among topics Baloga is monitoring. There are already some reports that large grocery chains are starting to see shortages on toilet paper — again.

“There has never been another situation like that, that we have seen to that scale,” Baloga said about spring product shortages that resulted from pandemic fears.

When the coronavirus forced lockdowns in April and May key items, including toilet paper, were scarce.

Scott Etris, owner of the Berlin Market, said he stocked up on that particular product.

“So far we have been able to keep it on the shelf,” he said.

Etris said he is confident that customers’ needs will be met during the holiday shopping season.

Canned pumpkin was in short supply a few weeks ago, but he reports that the stockpile is restored.

The latest products of concern are hams and turkeys, he said.

In Somerset, Cascio’s Fruit Market owner Jodi Brougher said she doesn’t think the local shelves will be hit as hard as they were in the spring.

“I think in the spring, people didn’t know what to expect,” Brougher said. “I think it was the unknown. I don’t think we are going to see that again.”

She has heard about a rumored strike in the trucking industry. The strike is reportedly in response to President-elect Joe Biden’s energy policies. Some online reports on the matter indicate that the strike is losing traction. The sources interviewed for this story are not too concerned about it.

Joe Butzer, interim president of the Pennsylvania Motor Truck Association, is watching reports on the matter.

“We are well aware of it,” he said, noting that he doesn’t think it will impact the industry greatly.

Great Clips in Somerset has unplugged the clippers.

The association has more than 1,400 members.

He said the week of Thanksgiving — when the strike was planned for — is one of the slower times of year for freight volume.

“Toilet paper is still hot and heavy,” he said.

One reason for strong grocery shipments, Butzer said, is that fewer people are eating at restaurants. As a result, they are buying more groceries.

“We are hauling the same amount of product,” he said. “Whether stores allow people to hoard product is up to them.”

In Berlin, Etris said he has talked to the truck drivers who deliver his inventory. They told him that they don’t think the strike will happen.

“But if it does, it would impact us,” Etris said.