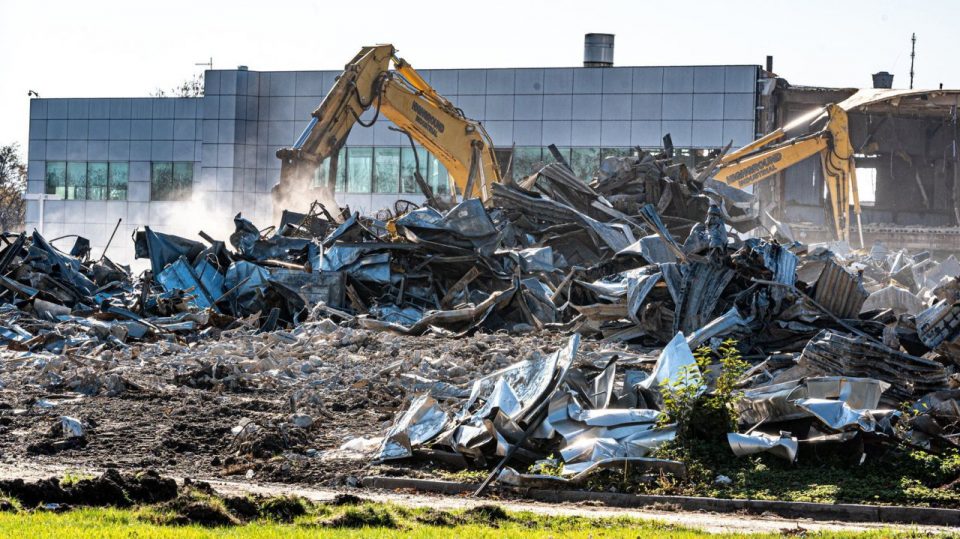 The developer proposing to build 1 million square feet of warehouses on the site of the former Newsday headquarters has been awarded tax breaks despite objections from unions and two Suffolk County lawmakers.

Hartz Mountain Industries Inc. won $16.8 million in tax incentives for two warehouses at 235 Pinelawn Rd. in Melville. The largest savings will be on property taxes over 20 years: $9.4 million, or 22% percent, though even with the reduction, the company will be paying more taxes than are being paid now, officials said.

The board of the Suffolk County Industrial Development Agency voted 4-2 to give final approval for the tax aid last month. On Nov. 4, Hartz’s plan for the property was approved by Huntington Town, a town spokeswoman said Monday.

The $190.5 million project has been the subject of demonstrations by Local 66 of the Laborers’ union and others because New Jersey-based Hartz is using a demolition contractor from upstate Orange County. A Hartz executive said last month the contractor outbid two Long Island competitors, reducing the cost of tearing down the 413,500-square-foot Newsday Media Group office by “well over $1 million.”

The IDA requires developers receiving tax breaks to follow the agency’s Long Island First Policy, which states wherever possible local businesses and workers should be hired.

“Hartz Mountain has made it obvious that they will take money out of our community by hiring an out-of-town contractor,” said Ryan Stanton, political director of the Long Island Federation of Labor, an umbrella group of unions that represent about 250,000 workers. “Please delay any further action on the Hartz Mountain application” for tax breaks, he said during a public hearing.

The latest LI business news in your inbox Monday through Friday.

“We fully intend to comply with the Long Island First Policy,” Rhatican said. “There is simply no point in us bringing in subcontractors and workers from outside the region. It would be too expensive.”

Nearly 860 construction workers will be employed clearing the property and putting up the two warehouses, which will be rented by two to three companies. The companies will have a combined workforce of up to 800 people, who earn $40,000 per year, on average, according to Hartz.

Local 66 member Anthony Speziale has been protesting outside the property fence because he wants a shot at a job. “What’s the point of the IDA if the jobs we’re creating aren’t local,” Speziale said at the hearing. “Unless Hartz Mountain is committed to hiring local people, the IDA shouldn’t approve this.”

The IDA arranged a meeting between Hartz, the union umbrella group Nassau-Suffolk Building and Construction Trades Council, the labor federation and others to improve communications and ensure a level playing field for contractors seeking work, according to IDA chair Natalie Wright, the county’s economic development commissioner.

IDA vice chairman Kevin Harvey, a retired leader of Local 25 of the International Brotherhood of Electrical Workers, said, “There was no dialogue before the meeting. … Hopefully, they can come to an agreement that keeps everybody happy.”

IDA secretary Anthony Giordano, who tried to postpone the vote on the tax breaks, was unconvinced. He said more time is needed to see if Hartz hires local construction companies.

Earlier, two county legislators, Robert Trotta (R-Fort Salonga) and Anthony A. Piccirillo (R-Holtsville), said Suffolk couldn’t afford to give tax breaks to the wealthy developer because of a ballooning budget deficit caused by the coronavirus-induced recession.

Two groups representing developers, the Association for a Better Long Island and Long Island Builders Institute, said the Hartz warehouses will be “in great demand” by retailers who need to shorten the time it takes to deliver online orders to customers.

PROJECT AT A GLANCE

Permanent jobs: Up to 800 at two to three businesses that will rent the warehouses

James T. Madore writes about Long Island business news including the economy, development, and the relationship between government and business. He previously served as Albany bureau chief.