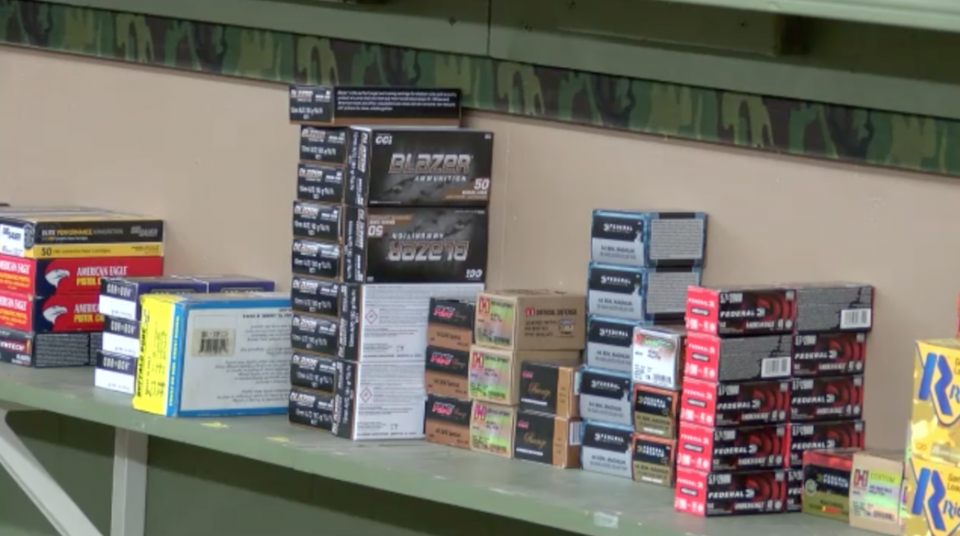 TRI-CITIES, Tenn. (WJHL) – A nationwide shortage of both firearms and ammunition has local gun stores scrambling to meet customer demands as Election Day draws near and the COVID-19 pandemic persists.

Gun stores across the Tri-Cities told News Channel 11’s Bianca Marais that ammunition availability has dropped roughly 90 percent since March, and even if you can find some, the price of those rounds have skyrocketed.

JC Harrison started Cover Your 6 Custom Guns three years ago, as a specialty store. However, this year, he said he’ll take what he gets.

“Now, I’m begging and pleading my distributors, seeing what they have, and I’m just getting whatever I can get,” Harrison said. “The availability has just gone down. It’s not as fruitful as it used to be eight – nine months ago.”

Starting in March, Harrison said the price of most popular ammunition rounds has risen from around 20 cents to about $1 per round.

However, the morality of his decision has had some negative effects on his business.

“I haven’t inflated my prices, my prices are still my prices, and it hurts,” he said. “I hate turning people down, but unfortunately, I’m having to, because I look at my computer it’s ‘allocated, allocated, out of stock, out of stock allocated.’”

In Elizabethton, Tommy Isaacs of Tri-Cities Gun Depot said his business is facing the same problem. He added that the ammunition shortage is, in his opinion, largely due to the COVID-19 pandemic.

“The biggest thing that caused all this is, is you had all these people furloughed during the pandemic that load the ammo, box it up, you know, they had a month where they didn’t have anybody in there doing anything, and then when they brought them back, they brought them back at 25 percent capacity, so it’s going to take some time for it to get back,” Isaacs said. “The pandemic started it. Any time there’s unrest in society, it causes panic, panic causes people to go grab guns, ammunition, toilet paper, whatever, whatever’s essential.”

The pandemic may have been a big contributor to the shortage, but Isaacs added that the election and civil unrest due to police brutality and racial inequality has also added flame to the fire.

He added that wholesalers hope to offer adequate inventory to gun stores like his by June of 2021.

Auto Dealer Software Market Segmentation and Analysis by Recent Trends, Development and Growth by Regions to 2025

How much can we intensify? A first assessment of the effects of land management on the links between biodiversity, ecosystem...