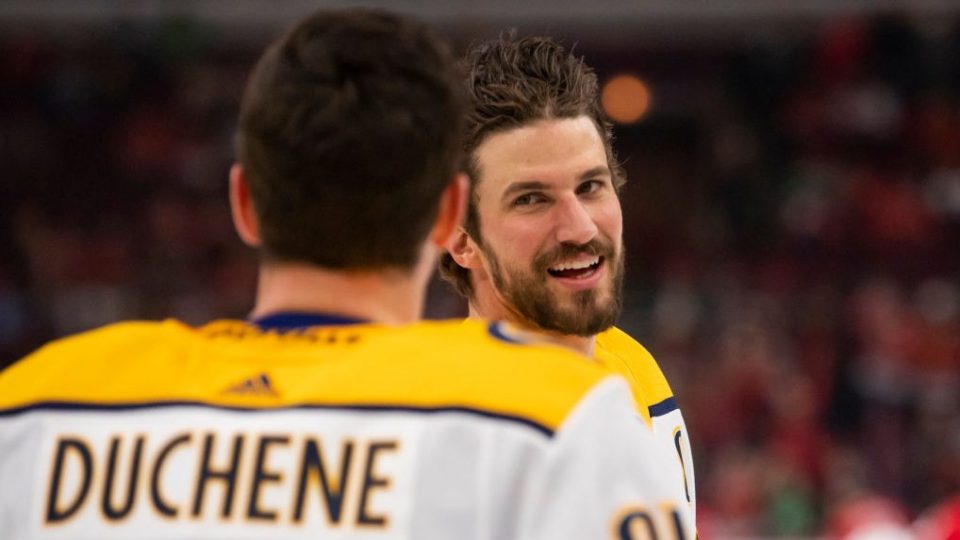 The 2020-21 NHL season is almost here so it’s time to preview all 31 teams. Over the next few weeks we’ll be looking at how the offseason affected each team, the most interesting people in the organization, and the best- and worst-case scenarios. Today, we preview the Nashville Predators.

Record: 35-26-8 (78 points); fifth in the Central Division; seventh in the Western Conference.

After making a huge investment in Matt Duchene (and divestment from P.K. Subban), the Predators expected a strong 2019-20 season. Instead, the season was at times a debacle, and it’s stunning to consider how dramatically Nashville’s stock has fallen.

As much as the Predators changed things in recent years, it’s difficult to tell how much any of it worked. Sometimes it’s obvious it didn’t (Kyle Turris); in other cases, it might simply not be enough (Duchene). Early on, there’s not a ton of hope that John Hynes can solve the issues that riddled Peter Laviolette.

That said, some tough breaks can sometimes exaggerate problems.

Frankly, the Predators at least deserved better against the Coyotes during the play-in round. Instead, the stuttering run ended with a thud, thanks in large part to Darcy Kuemper‘s brilliance.

We’ve seen it before in sports: sometimes a team takes that extra step after you expect it. Could that be the case for the Predators? Maybe, but confidence isn’t exactly soaring in this bunch. (Well, except for a defense topped by Roman Josi and Ryan Ellis. That group is still stellar.)

To this day, it’s still baffling that the Predators were in such a rush to hire John Hynes. What, exactly, did Hynes do with the Devils that convinced Nashville that he’d unlock some untapped potential?

Predators fans might disagree, but in the big picture, it was tough to see too many exciting results early on. That said, it’s not totally fair to judge a coach taking over a team mid-season. Of course, we’ve also seen coaches do just that, only to produce splendid results. Look at the difficult situation Rick Bowness inherited in Dallas, and that Stars team finished two wins shy of a Stanley Cup.

Even so, fortunes can change quickly in sports. Maybe Hynes will improve his perception in the league and help the Predators turn this around?

Glance at his player card from Evolving Hockey, and you’ll see someone who brought quite a bit to the table:

Still, it’s difficult to shake the urge to ask for more from Duchene. Most obviously, he’s carrying that $8 million cap hit. Beyond that, the Predators are the latest team to make big investments to bring Duchene in, and yet he’s never really had that big run.

In his first playoff(-ish?) series with the Predators, Duchene already drew criticisms. As with many highly-paid players, he’ll be judged not just for his stats, but his team’s performance. For 2019-20, the feeling was “not enough” both for the player and the team.

Mind you, Duchene doesn’t need to do it all. The Predators deploy reigning Norris Trophy winner Roman Josi, and Ryan Ellis is right there with him. Filip Forsberg is just as much a go-to guy as Duchene.

But there’s still a ton of pressure on Duchene. It will be interesting to see how he responds.

Comb through the PHT archives, and you’ll see plenty of speculation about Tolvanen and the Nashville Predators. It began after the Predators selected Tolvanen late in the first round after their Stanley Cup Final run. For some time, it seemed like Tolvanen could be the sort of steal that might widen their contending window.

Since then, Tolvanen stumbled, and so have the Predators.

The 2020-21 season represents one of the most important “Can he finally make it?” seasons for Tolvanen. At 21, it’s not as though this season will make or break his career. Another frustrating campaign could really test the Predators’ patience, however.

Theoretically, Tolvanen could be the sort of shooter who could enliven the Predators’ often-stagnant power play. In reality, we’ll have to see if Tolvanen can gain enough opportunities to make the waiting game worth it.

” … I mean, I’m not a betting man but I would bet our top players would improve statistically,” David Poile recently told Joe Rexrode of The Athletic (sub required).
While comments like those can drip with wishful thinking, there’s some truth to squeeze out of that. One would expect Duchene to generate more offense than last season’s 42 points. Both Ryan Ellis and Viktor Arvidsson might enjoy better health next season. Beyond that, would it be that shocking if Juuse Saros and Pekka Rinne churned out some of the best goaltending in the NHL? Combine better offense, rebounding goaltending, and typically strong defense, and suddenly Nashville looks dangerous again. If Hynes defies critics and pushes the right buttons, this team could be back in the mix as dark horse contenders.

That said, Hynes might fail to make all of the pieces fit together. Considering the advancing age of key players (Josi, Ellis, and Mattias Ekholm are all 30 already, somehow), a wasted 2020-21 season would be devastating for the Predators. Between Josi, Duchene, and Johansen, the Predators are dropping $25M. That spending could start to look awfully rough if the Predators miss the playoffs. That’s especially true if the Predators fall in puck purgatory: too good for a great draft pick, but too weak to reach the postseason. Being that the Nashville Predators were wobbling on the bubble last season, the worst-case scenario is one the front office must reasonably grapple with.

Predators +2800 (PointsBet is our Official Sports Betting Partner and we may receive compensation if you place a bet on PointsBet for the first time after clicking our links.)
previous post

Procurement Contract Management Market 2020: Potential Growth, Challenges, and Know the Companies List Could Potentially Benefit or Loose out From...