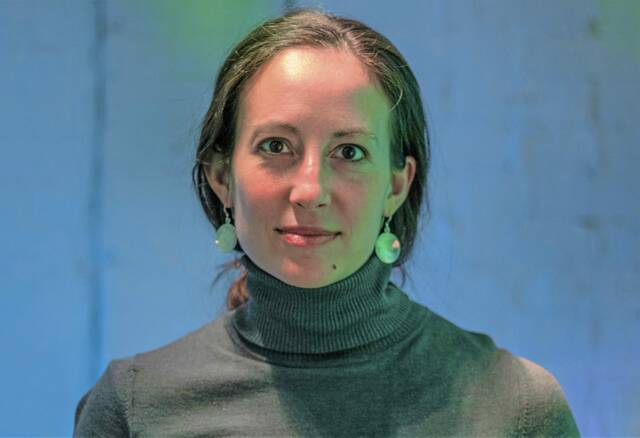 The executive director of the Mattress Factory has announced plans to step down from her role in April.

Hayley Haldeman began her tenure with the Pittsburgh North Side museum in February 2019 as interim director, following the 2018 death of Mattress Factory founder Barbara Luderowski.

Haldeman had been serving on the board of directors since 2016. The board unanimously named her as executive director in 2020.

“My primary focus has been to ensure the Museum’s long-term sustainability,” Haldeman said. “Today, thanks to an incredible staff, board and community, I am confident that the Museum is now ready for this transition to a new, dynamic arts leader who is equally committed to the Mattress Factory’s four-decade legacy of supporting artists.”

Haldeman has not announced any future plans, according to Derek January, the museum’s digital content and marketing associate.

“Hayley Haldeman was exactly the right person at the right time to transition the Mattress Factory from a founder-led treasure to a forward-focused organization enhancing best practices,” said board chair Dr. Michael White. “On behalf of the board of directors, we extend our eternal gratitude to her and express our excitement for the Museum’s next chapter.”

Within the first 10 months of Haldeman’s leadership, the museum erased a projected $375,000 budget deficit and strengthened administrative and governance measures at the staff and board level.

Her later accomplishments at the Mattress Factory include the completion of a new strategic plan covering 2022-24; spearheading new and expanded initiatives in the community and North Side; and the hiring of key leadership positions throughout the organization.

Also under Haldeman’s leadership, the Mattress Factory opened three new shows during the pandemic, which collectively featured a diverse array of regional and international artists; grew the museum’s endowment; and welcomed six new board directors.

Prior to her role at the Mattress Factory, Haldeman was a litigator for seven years with the Pittsburgh office of the international law firm Jones Day. Her pro bono work focused on nonprofit governance and formation. She is a 2012 graduate of the University of Virginia School of Law.

The museum’s board has retained Management Consultants for the Arts to lead the search for the next executive director. The job posting will go live later this month.

Shirley McMarlin is a Tribune-Review staff writer. You can contact Shirley at 724-836-5750, [email protected] or via Twitter .

The land as an open-air factory: Country diary, 1 August 1970 | Environment