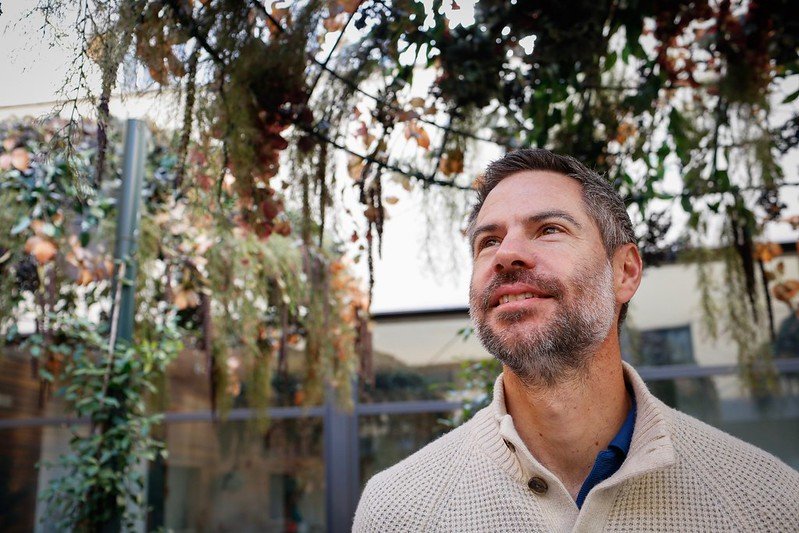 Fresh off the publication of his new book Apocalypse Never: Why Environmental Alarmism Hurts Us All, Michael Shellenberger — a self-described Democrat and climate activist who nevertheless purports that climate concerns are overhyped — is now making the rounds as a Republican minority witness in congressional committee hearings on climate change.

A week after testifying to the House Select Committee on Climate Change and subsequently complaining that he was “smeared” by several Democratic committee members, Shellenberger appeared, again as a GOP witness, before the House Oversight Committee on Wednesday, August 5 in a hearing titled “The Devastating Health Impacts of Climate Change.”

.@OversightDems will hold a hearing to examine NEW information on the devastating health and economic impacts of #climatechange.

The other four witnesses at that hearing included two medical doctors who spoke about the way climate impacts such as extreme heat and related air pollution from fossil fuels are literally killing Americans. Shellenberger used his testimony to argue that “climate alarmism” is creating mental health problems among young people and that concerns around climate change are largely overblown.

“My concern is with the gross misrepresentation of the best available science that is having these severe mental health impacts,” Shellenberger said in response to questioning from Ranking Member Rep. James Comer, a Republican from Kentucky. Shellenberger said climate change is in no way a crisis or emergency and that “it is not even our most severe environmental problem.”

That stands in contrast to the 2019 statement from more than 11,000 scientists around the world declaring “clearly and unequivocally that planet Earth is facing a climate emergency.”

Shellenberger has no training in medicine or climate science, holding a Master’s Degree in Anthropology.

‘Blood on Their Hands’

Before Shellenbeger made these comments, Rep. Harley Rouda (D-CA), a member of the House Oversight Committee and chair of the Subcommittee on Environment, said that climate change is indeed an urgent and “existential” problem. “Those focused on downplaying real climate risks have blood on their hands,” he said.

That remark reflects the real cost in lives that could be lost due to continued fossil fuel burning and the resulting climate change, which in 2009 the U.S. Environmental Protection Agency determined results in dangerous air pollution and impacts from rising temperatures including extreme heat.

“Mortality risks from temperature changes are an order of magnitude greater than previously understood,” said witness Dr. Michael Greenstone, an economist and professor at the University of Chicago and co-author of a new study on projected global death rates from rising temperatures.

Other new research shows that limiting global warming to less than 2°C (3.6°F) would prevent more than 4.5 million premature deaths and about 3.5 million hospitalizations and emergency room visits over the next 50 years in the U.S. alone. Those numbers, witness Dr. Drew Shindell, a Duke University earth scientist involved in that research, explained, reflect an updated understanding of the toxicity of air pollution and the dangers of heat exposure. Both air pollution and extreme heat result from burning fossil fuels, the primary driver of climate change.

Two other witnesses, both practicing medical doctors, spoke from personal experience about patients who are suffering harms now from extreme heat exposure and air pollution.

“As the coronavirus pandemic has shown us, when we ignore the science and delay action, people die,” said witness Dr. Renee N. Salas, Assistant Professor of Emergency Medicine at Harvard Medical School.

Several Democrat committee members referenced the striking similarities between dismissing the severity of the coronavirus pandemic and ignoring the risks of climate change, parallels that DeSmog has documented in previous reporting.

“The president first called the coronavirus a hoax. He has ignored the facts and science. Our constituents are paying for his leadership failures with their lives, and [the administration] is using the same playbook for climate change,” said Rep. Carolyn B. Maloney (D-NY), chair of the House Oversight Committee.

Is Shellenberger a Misleading Messenger on Climate?

Shellenberger, the lone witness for the Republicans on the House Oversight Committee, does not believe climate change is a hoax. Yet his contentious view that it is not a very serious problem conveniently aligns with the Republican approach of dismissing the risks and ignoring the implications of what is unequivocally robust climate science.

For context, Shellenberger says he has been a climate activist for decades and is not opposed to climate action. But he argues that shifting from fossil fuels to renewable energy such as solar is not the answer — his solution is nuclear energy — and claims that human civilization will continue to flourish.

A technological optimist and communications professional, Shellenberger is the founder and president of Environmental Progress, a sustainability research and advocacy nonprofit that promotes nuclear energy.

It does NOT threaten to destroy civilization, food production, or lead to increased frequency of diseases like COVID-19.

Get the FACTS here: pic.twitter.com/zVLY4Zyrga

“There is some truth to that in that everything is not bad and our civilization has made a lot of progress, but that doesn’t mean that future progress is guaranteed,” Dr. Shindell, the environmental expert from Duke University, said while responding to Shellenberger’s claims. Dr. Shindell mentioned that he has worked on climate science reports from the world’s leading scientific authority, the UN‘s Intergovernmental Panel on Climate Change, and said that if anything, the science on climate change has been overly conservative and has underestimated the effects that are now unfolding.

“There is no such thing as fear-mongering or alarmism within the scientific community,” Dr. Shindell explained.

The Greta Thunberg-style “alarmism” that Shellenberger criticizes is grounded in climate science, and the Swedish teen climate activist repeatedly urges policymakers to “listen to the scientists.” And while Shellenberger claims that his conclusions and what he calls “facts few people know” are based on the best available climate and environmental science, actual scientists in these fields recently pushed back, saying Shellenberger mixes accurate and inaccurate claims in a way that misleads the public.

In other words, Shellenberger’s claims seem to be misleading. “Yes, Shellenberger cherry-picked some data points,” Westervelt wrote. “And yes, he occasionally makes breathtaking leaps in logic and leaves big gaps in the story.”

This approach of cherry picking and leaving gaps has been a tactic of climate science deniers for years, and these deniers and skeptics, including Republican members of Congress, are now actively promoting Shellenberger and his message of dismissing the severity of the climate crisis. As Westervelt notes, his approach turns “what could have been an intelligent critique of some prized environmental darlings … into a rambling screed embraced by climate skeptics.”

And while Shellenberger’s arguments may resonate with many Republicans in Congress, Dr. Michael Greenstone, the University of Chicago economist who has recently published research on climate and health impacts, explained during the House Oversight hearing that these arguments in effect distract from what the real economic and scientific data on climate project.

“What has been going on in [Shellenberger’s] testimony is raising several boogeymen,” Dr. Greenstone said during the hearing. “This raising of boogeymen distracts from the core issue of why I presumed you convened this hearing, which is one that climate change has very substantial costs.”