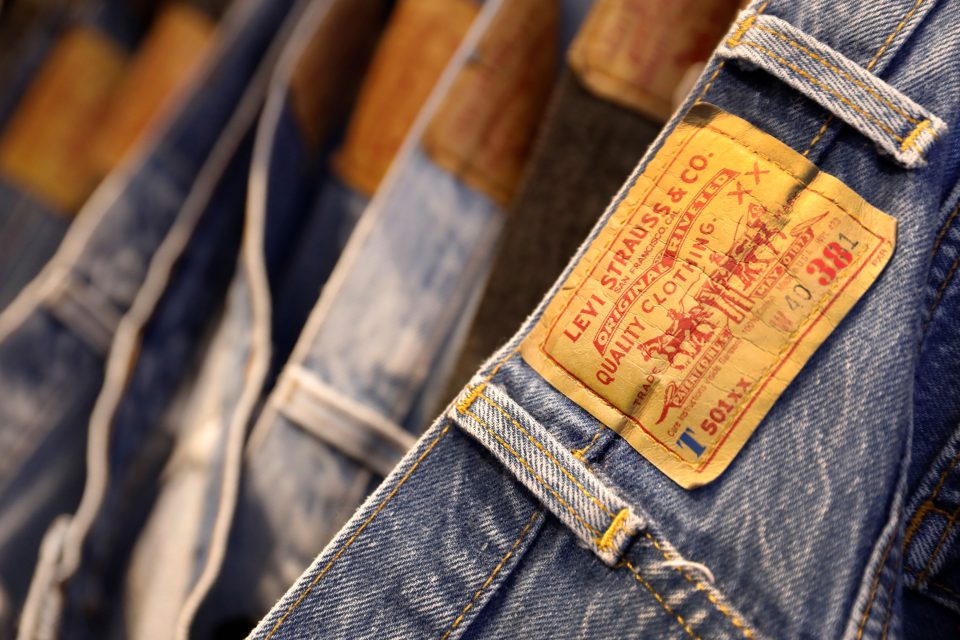 Chip Bergh took over as CEO of Levi Strauss & Co. in 2011 when the “death of denim” was in. Bergh, who had a long career at Procter & Gamble, made the move even though many others saw it as a big risk.

“People were saying ‘you only get to leave P&G once, make it count.'”

Levi Strauss had not performed well financially for a decade-and-a-half by the time Bergh took over. But what made him take the risk was a chance for the self-proclaimed “brand guy” to tackle the ultimate brand problem:

“A 166-year-old company. It was a way to make a mark and leave a legacy. I call it my noble cause, to get it back to where it was when I was a kid, when everyone had to have a pair of jeans,” Bergh said, speaking at the CNBC Evolve summit in Los Angeles on Tuesday. “It was one of greatest and most iconic brands in world and I was convinced if I could turn the brand around, I could turn around the company.”

Bergh’s fundamental assessment of the company’s problem was about brand: “The brand had lost the plot. It wasn’t connecting with consumers.”

“When it was at its best, it was at the center of culture,” the Levi Strauss CEO said, referencing kids on the Berlin Wall who were wearing Levi’s while knocking down the symbol of communism. “When I was a kid I asked my mom to drive two towns away to buy a pair of Levi’s for middle school.”

Bergh ran into internal resistance as a non-apparel, non-retail person — he was associated with The Swiffer mop, among other P&G products. “There was a lot of suspicion,” he said. “Not many outsiders have been successful as apparel CEOs. I knew it would be a heavy lift, but it was clear to me we needed to change.”

On his second day as CEO, Bergh held a company town hall — a practice he continues once a month — and asked Levi Strauss employees how many of them thought the company was performing.

“Eighty percent of hands went up,” he said.

That was even though the company’s sales had declined by billions.

Bergh made a few big business changes: cutting the company’s reliance on wholesalers and refocusing on women’s clothing.

When he joined, the company was still roughly 60% U.S. sales and 50% of that was through big stores including Macy’s, Sears, Kohls, and JC Penney — all of which have experienced varying degrees of struggle in the current retail landscape.

“The credit agencies were telling us we were too concentrated,” Bergh said.

He didn’t want to give up on that core because it was profitable, but it was slow-growing. “I’d like to say I saw that wholesale would be challenged over time but it was more from a brand experience standpoint … we can control the consumer experience from e-commerce or Levi’s store.”

The core, which was also focused on men’s clothing, “was necessary but not sufficient,” Bergh said.

Now the women’s business is one of the company’s biggest growth engines, after having lost what had once been a strong source of growth. “We were the first brand to ever sell women’s jeans and athleisure was killing us.”

Bergh said one of the problems he had to reverse was a focus on sales of women’s jeans exclusively when shopping data shows that five tops are sold for every bottom.

The turnaround led to a successful initial public offering earlier this year, though the stock has given back its early gains and is trading around its IPO price of $17. 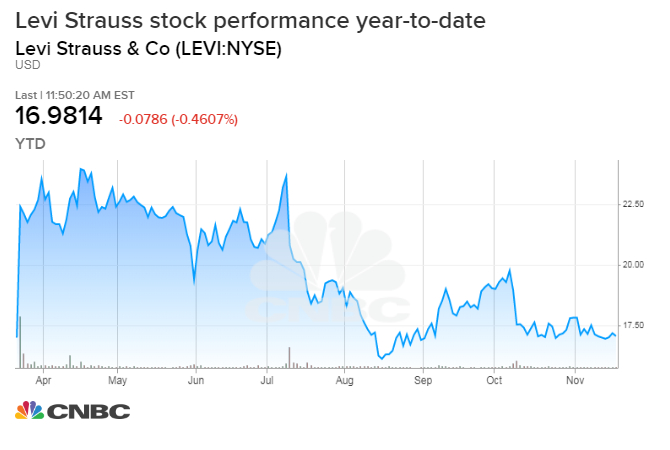 Before he could make the actual business changes, one of Bergh’s first tasks was to find out what Levi Strauss leaders thought about him — and feared about him taking over. Bergh did a listening tour of 60 company leaders, asking each to answer six questions, including “What are you afraid I might do?”

After 15 of the 60 interviews, Bergh said it was clear what the biggest worry was: “I didn’t need to do the next 45. It was clear; the big picture was that we would walk away from our values.”

Young consumers today are so socially aware, social media aware, they read through [BS] and if a brand doesn’t act, if the words and pictures don’t go together, that brand is in trouble.

Among the investor community, ahead of the initial public offering that Bergh oversaw earlier this year, the biggest fear was on the flip side — that values would get in the way of profits. Bergh made it clear to investors that the company would not be reticent to take a stand on important social issues, such as Deferred Action for Childhood Arrivals (DACA).

Bergh said gun control was a trickier issue for the company because it did not have a history of taking a stance. “We have an established framework with the board on issues we will take a stand on … but gun control was new one and it was the Parkland shooting that got to the tipping point and felt we needed to take a stand.”

Bergh stressed that taking a stand on gun control did not mean supporting a repeal of the 2nd Amendment and noted that as a former U.S. Army officer, “I fired weapons and know what they can do to a human body.”

Walmart CEO Doug McMillon, speaking earlier in the day at CNBC Evolve, said that the status quo on gun control was unacceptable.

“Places of safety are no longer safe, and that’s the big issue for society, if kids can’t go to school without being worried. My daughter does more lockdown drills than earthquake drills and I live in San Francisco,” Bergh said

In the company’s first year of operations, Levi Strauss (the individual) had donated a portion of sales to an orphanage.

Bergh said there’s always a risk associated with taking a stand but one example he looks back in is when Levi’s pulled financial supports for the Boy Scouts of America in the 1990s after the organization banned gay troop leaders. “It was questionable at the time” Bergh said, from the standpoints of the risks to the business, noting that 97% of the letters — and there were many — that the company received were customers saying they would boycott the brand. “Look back 20 years later and we were on the right side. The Boy Scouts have dropped the name ‘boy’ and welcome gay troop leaders.”

On gun control, “Momentum is clearly on the side of the federal government taking action to make the world a safer place,” he said.

The Levi Strauss CEO stressed that no brand can be a voice on every issue, or should try to be. In the debate with the board over taking a stand on gun control, the point was made that if you stand for everything, you end up standing for nothing.

“The biggest thing is to maintain authenticity,” Bergh said. “Young consumers today are so socially aware, social media aware, they read through [BS] and if a brand doesn’t act, if the words and pictures don’t go together, that brand is in trouble. … brands that pop into a position because it’s the issue of the day and then a year later can’t be found, the consumer will call you on it.”

On one of the biggest issues for corporations right now — China — Bergh had no easy answers. He said from a supply chain perspective Levi’s can rely on its terms of engagement, on issues like child labor, and put suppliers on notice and “if they don’t change, we are out.”

Less than 20% of Levi’s supply is sourced from China (southeast Asia and Mexico are big suppliers), while the amount coming into the U.S. market is less than 2% of its business. But China as a market to sell into — which represents 3% of the apparel company’s total business but has huge potential upside — “is a tricky issue all of us are figuring out how to navigate.”

The CNBC Evolve Summit returns to LA on June 9, 2020. Registration for this event is now open.