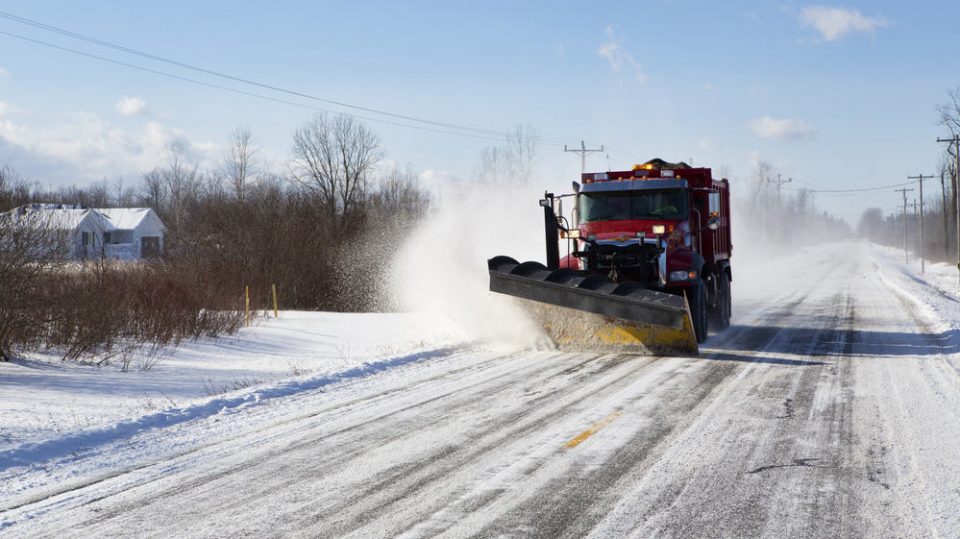 Like a drunk relative who won’t stop talking politics at Thanksgiving, lake-effect snowfall will continue to pester the Midwest and Northeast today, Nov. 13.

Parts of Michigan’s Upper Peninsula – mainly along US-2 to the south and east of Marquette – could see six to 12 inches of fresh snowfall today. This includes the towns of Newberry and Manistique. Totals of three to six inches will be common in other towns such as Escanaba, Gladstone, Seney, Engadine, Naubinway and Epoufette, with isolated spots of seven inches or more. The rest of Upper Michigan will likely see two inches or less.

In western sections of lower Michigan, three to five inches will pile up from Muskegon northward to Ludington. And a few more inches of snow will return to spots from Cleveland, Ohio to Erie and Meadville in Pennsylvania. Most of the lake-effect snowfall should fade by this evening.

Drivers should also expect messy, slick roads and some delays in parts of the Great Plains where snow showers, sleet and freezing rain will continue today and this evening. Snow accumulations will be light, but a glaze of ice will form under the snow in many areas, making roads extra slippery. The worst conditions may end up in northeastern Nebraska and western Iowa, including the I-29 corridor between Sioux Falls and Omaha. The National Weather Service (NWS) has issued a Winter Weather Advisory for these areas, housed inside the FreightWaves SONAR Critical Events platform in the map above.

Drivers should be aware of patchy black ice in the Midwest and Northeast regions, although it may be worse in the Mountain Prairie region, especially in Big Sky country. Ice and/or black ice has been reported today across a large portion of north-central and central Montana, generally east of the I-15 corridor from Sweet Grass to Great Falls, as well as north of Kings Hill Pass and Judith Gap. Rain that fell during the overnight hours has frozen to road surfaces, creating hazardous travel conditions in areas. If possible, drivers may want to circumvent these areas.

Coastal flooding is possible today in northeastern Florida, from Flagler Beach to St. Augustine to Jacksonville. Strong onshore flow and a full moon will combine with high tide cycles to produce potentially significant flooding and beach erosion. Widespread minor tidal flooding is forecast, along with localized moderate flooding around times of high tide. This could affect deliveries on US-1 and A1A. Minor coastal flooding may also hit areas from Brunswick and Savannah, Georgia to Charleston, South Carolina.

Tropical Depression Kalmaegi is spinning over the western Phillipine Sea, producing sustained winds of only 35 mph. Kalmaegi will not likely reach typhoon strength – winds of at least 74 mph – but it will get stronger as it approaches the Philippines over the next few days. On the depression’s current forecast track, winds and storm surge will increase in the northern Philippines this weekend, with a direct landfall possible on Sunday, Nov. 17 just north of Palanan. Shippers should expect possible short-term delays in ocean freight. Minor disruptions are likely to local and regional business and supply chain operations.

Have a great day, and be careful out there!

Over 90 workers hospitalised after gas leak in Odisha prawn factory

Domestic Freight Market in US to Grow Over $ 170 Billion During 2021-2025 | Featuring Vendors Including Deutsche Post DHL Group, DSV Panalpina A/S, and Others | Technavio | National News