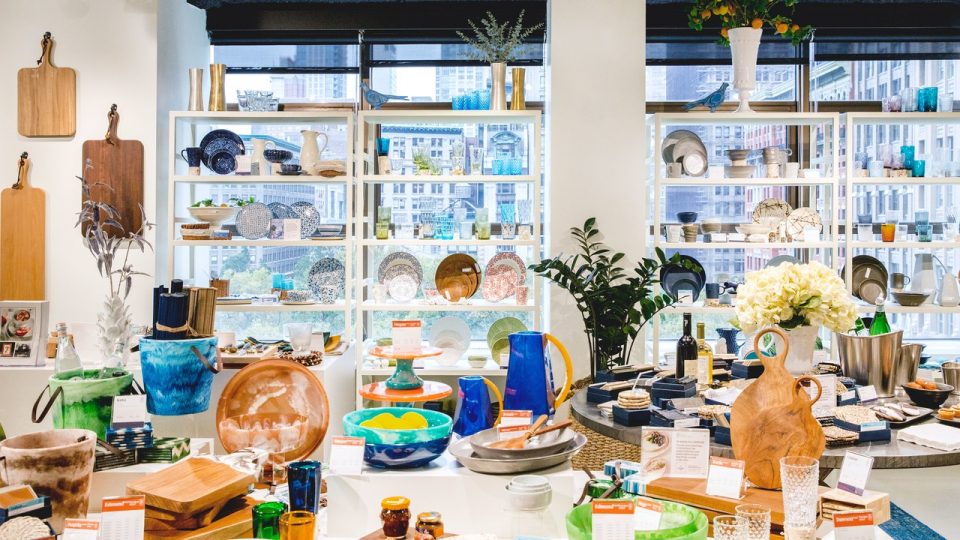 While working as a buyer at Anthropologie, Yague consistently struggled to source for one category in particular: mirrors. “They were always an afterthought,” he says—especially when it came to style, size, and material. So when DeWitt accepted a job at Disney, moving the duo and their two young sons to California, Yague seized the opportunity to reconnect with his manufacturing contacts abroad for the new venture. That idea eventually became Made Goods, which launched to the trade in January 2009 at the New York International Gift Fair (later rebranded as NY Now).

The excitement of that first launch didn’t last long, though, as the U.S. continued to slump into the recession. “Everyone was either out of work or their projects were on standby,” Yague recalls. Then there were the rookie mistakes: When Made Goods’s first batch of merchandise arrived in the States, Yague picked up the crates in his minivan and—naive to the ins-and-outs of shipping—headed straight to FedEx. “Of course, all the mirrors shipped, and they all arrived broken,” says Yague, who goes on to note the patience of early buyers in waiting for replacements. “That was a good indicator that they were in desperate need of good mirrors, I guess,” he jokes.

Positive response from designers helped balance the initial lack of orders, and as the economy improved over the following year, so too did Made Goods’s accounts. In retrospect, what could have easily tanked a young company ended up being a benefit in disguise, says Yague: “We were able to take our time figuring out the parts of the business we didn’t know, and it allowed us to grow.”

Product requests from designers led Made Goods into additional categories. First it was decorative boxes and trays, then came frames, side tables, nightstands, dressers, and beds. “Seven years later, you turn around and all of a sudden you have a furniture company, a big warehouse, and a bunch of people asking, ‘What do you want to do next?’” says Yague.

Made Goods paved the way to launch a broader portfolio of brands, beneath the banner of Ardmore Home Design Group: Home and bath accessories line Pigeon & Poodle debuted in 2012 following the fourth designer request for a custom bath set. (“At the time we were keeping the products in a closet of our tiny office,” says Yague, “and I opened the closet door one day and told Chris, ‘I think we have a company here.’”) In 2015, tabletop brand Blue Pheasant arrived, allowing the brand to test new distribution channels (it currently has a fruitful partnership with culinary e-commerce platform Food52), and in 2017 came Thucassi, the home fragrances line.

No strangers to working in highly brand-conscious companies, Yague and DeWitt took a “divide and conquer” approach with each new idea. It’s textbook marketing: Rather than pollute one brand with category expansions, promote each unique product line individually. “Back in my Anthropologie days, there was always a debate about the furniture company that sells accessories,” says Yague. “Who are you? Are you a gift store, or are you a furniture store?”