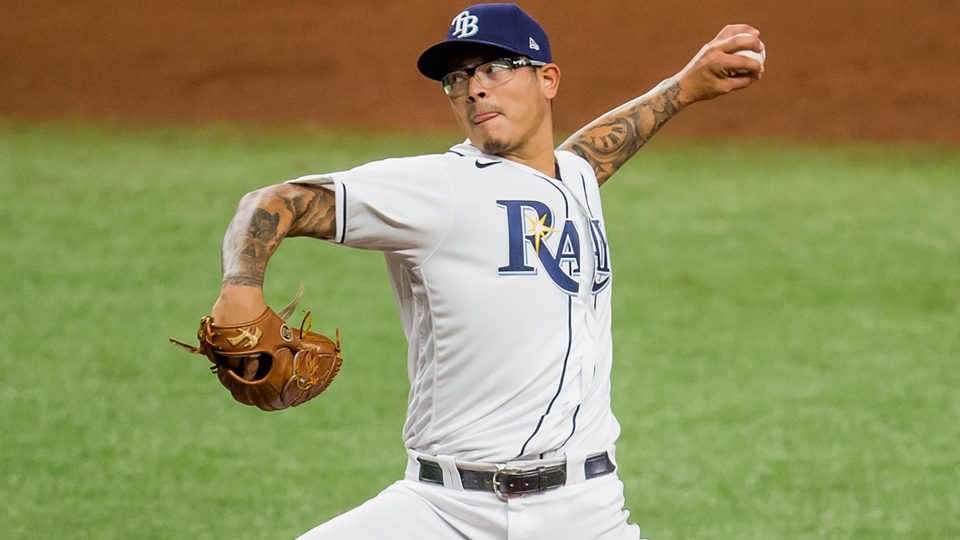 The MLB trade deadline isn’t the time of year where you typically play the middle. There are buyers and there are sellers every season, and there are teams on the extremes of either side. Occasionally you’ll find a team that’s eager to buy and sell at the same time, but it’s not often that teams that are in a playoff race just stand pat.

The Giants did that Monday, and in previous weeks. They made just one minor move, acquiring lefty Anthony Banda from the Tampa Bay Rays for cash considerations. They weren’t really buyers and they weren’t sellers, and you know what? That made total sense.

This is a season unlike any other, and that has allowed the Giants to hang in the playoff race. They entered deadline day just a half game out of the eighth and final NL postseason spot, and FanGraphs gives them a 38.6 percent chance of playing in October.

That doesn’t mean they should have been buying to improve their odds, though. Farhan Zaidi and Scott Harris have spent most of their time rebuilding the farm system, and giving any of that depth away for an extra bullpen arm or outfield rental would have been ill-advised. If the Giants make the playoffs, it’ll be because Sam Coonrod fills that bullpen void and Alex Dickerson starts slugging again in the outfield. The fixes can come from within.

There’s another element here, too. Yes, the Giants might make the postseason. But no matter what they added Monday, they will be heavy underdogs in every round. Anything can happen in a short series, but hoping to get hot for an entire month isn’t how this front office operates.

That brings us to the flip side of all of this. If the Giants weren’t buying, why didn’t they sell? Zaidi will address the media later Monday, but it’s not hard to see how this played out.

The Giants don’t actually have that much to offer contenders, and names that were popular in the Twitter rumor mill didn’t make much sense in reality. Johnny Cueto was the biggest one, but Cueto is owed $26 million after this season, and nobody was taking on money during a season played without fans.

[RELATED: Winners, losers and one mystery from MLB trade deadline]

Kevin Gausman theoretically could have helped someone else. But Gausman isn’t that dissimilar to Robbie Ray, the Arizona Diamondbacks lefty who was sent to the Toronto Blue Jays. Ray has had a horrible year because he walks a batter an inning, but it’s a huge arm that can play in a rotation or bullpen. He’s had more past success than Gausman, and all the Diamondbacks got in return was Travis Bergen. If that name sounds familiar, it should. The Giants had Bergen as a Rule 5 pick last year and sent him back to the Blue Jays.

Lance Lynn stayed in Texas, and the A’s didn’t give up much for Mike Minor. Even the cost of Mike Clevinger was much less than you would expect in a normal year.

It wasn’t a good year to be selling, so the front office honored the wishes of the clubhouse, giving a veteran group a chance to try and win a playoff spot over the next 24 games.

“Broken Heart Syndrome” Is Real, Not to Be Ignored – “It’s Totally Biologic”