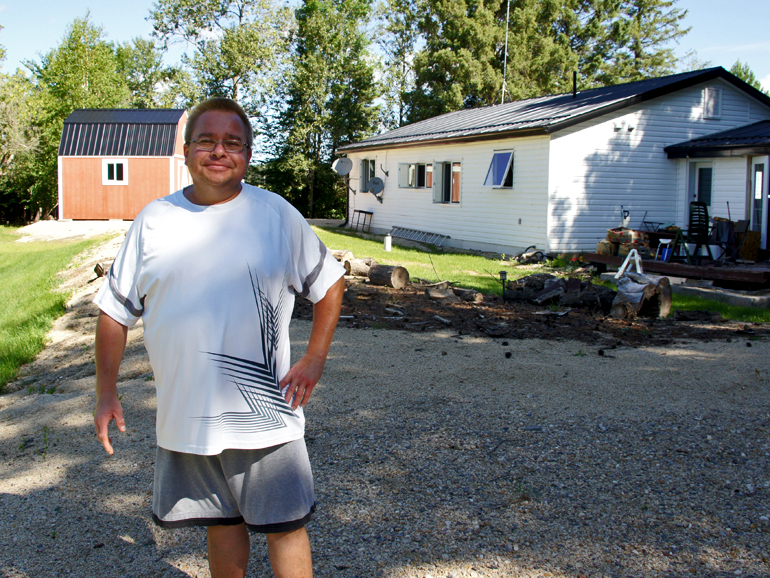 “I know there are a lot of other natural disasters out there, but I wouldn’t wish this on my worst enemy.”

Flood victim Dwayne Tesarski says his life is still on pause four months after a high water event decimated his home in the small community of Lonesand.

The floodwaters which disintegrated his yard and rendered his residence unlivable have created nightmarish problems that are taking way longer to resolve than Tesarski had hoped. The jilted homeowner has been living at his aunt’s place in Vita since the spring trying to sort things through. Finally, just last week, Tesarski saw some movement on the matter.

“Three guys from the provincial government came down and they did a survey of my property and all of my different buildings,” he says.

Ever since June 8, Dwayne Tesarski’s life has been a living nightmare.

Over the span of three and a half hours, Tesarski toured the government assessors around his yard, illustrating the flood’s impact. He says the team took stock of everything from the septic tank breach that pumped sewage throughout his house, to the two cords of wood that floated off down the river, to the black mold growing beneath almost every shelving unit. According to Tesarski, the assessors were impressed by the extent of the damage.

“From what I understand from them, it sounds like I was hit the worst in the whole province.”

What they had in thoroughness though, Tesarski says, they lacked in answers.

“I don’t really know anything more than I did before they came here.”

The assessors told him that their data would need to be analyzed before they could come up with a definitive course of action. Meanwhile, Tesarski says he is expected to have a few more meetings with a few more provincial officials on the matter.

“If the house is coming down, I’d like to just know so I can start lining stuff up,” says Tesarski, very much annoyed by the long-winded process. “Winter is coming now, and this stuff doesn’t really get done in the winter.” 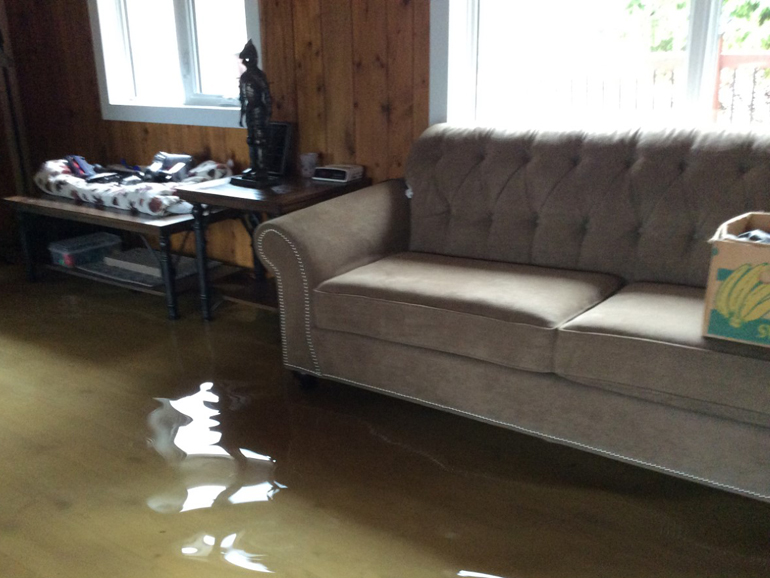 At the height of the flood, Tesarski’s main floor was nearly three inches underwater.While he should be eligible for some Disaster Financial Assistance (DFA), Tesarski says he has received no word on whether his home will be rebuilt, or replaced, or if he will even be given enough money to do either. Until he hears back from the province, he will remain in limbo.

When asked about Tesarski’s situation, a provincial spokesperson noted that each claim is confidential and the government cannot provide comment on any individual case. Still, they indicated the following: “Those with serious impacts will be inspected as a priority. Once inspections are completed and approved, claims will be evaluated and payments may be issued for DFA eligible costs. DFA is basic assistance intended to help restore essential property and infrastructure to its pre-disaster condition when a widespread natural disaster strikes and creates unreasonable financial burden. DFA is only paid for uninsurable losses.”

Practical advice from the CILT as Brexit looms large