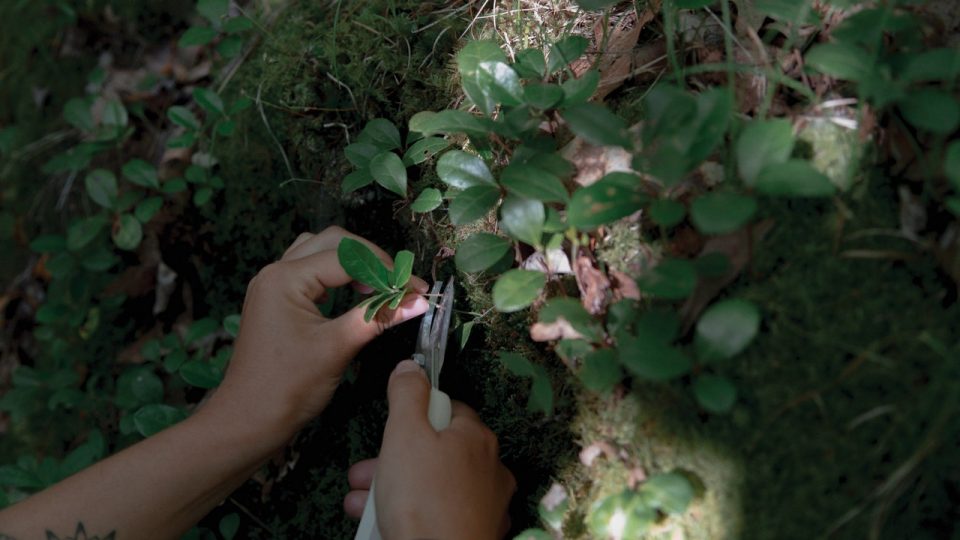 “A lot of the talk about quarantine cooking, in the beginning, was, like, ‘Here’s twenty ways to use a can of tuna,’ ” James O’Donnell recounted the other day. “It was very much survivalist.” O’Donnell and his partner, Amanda Kingsley, own Allora Farm & Flowers, in Pine Plains, New York, where they grow what they need for their floral-design studio, plus vegetables. It struck him that “a lot of people at home could probably use feeling connected to the natural world right now, a little bit of excitement and wonder.” Before the pandemic, a substantial part of O’Donnell and Kingsley’s business was supplying restaurants with ingredients that they foraged sustainably from the acres that they lease, as well as from friends’ properties and from public lands in the Hudson Valley and on Long Island. With the restaurant market shrinking, they decided to experiment with a direct-to-consumer weekly-ish Wild Box, available for delivery in the Bronx, Manhattan, Brooklyn, and Queens.

To forage safely requires a good amount of training. Perfectly edible plants can look nearly identical to perfectly poisonous ones. In some cases, a berry that grows on a tree may be as palatable as its flower is lethal. Still, eating my way through a Wild Box gave me hope for my chances of surviving should even the canned tuna run out. Learn the rules—many inherited from indigenous peoples—and unlock access to treasures hiding in plain sight in thickets, on riverbanks, and by the shore. A hefty wedge of chicken-of-the-woods mushroom pried from a tree trunk performed exactly as its name would suggest, its edges pan-frying to a crisp golden brown that rivalled a buttermilk crust, its creamy interior shredding almost like meat.

A vial of sassafras syrup, made by steeping bark and small roots removed responsibly from a sassafras tree, was transformed into an aromatically fizzy glass of root beer when mixed with soda water. The detailed ingredient key that came in the box suggested treating tender, sweet, snappy sea beans—a succulent, also known as samphire, that grows on beaches and in coastal marshes—like salad greens, but to leave the salt out of your vinaigrette until you had tasted the dressed beans. Sure enough, they were so infused with a natural brine that they didn’t need a single grain.

As instructed, I chopped a few stems of henbit—a wild herb in the mint family, identifiable by its square stalk and tiny purple flowers—and mixed it into beaten pheasant eggs for an omelette. The eggs were from a tiny Brooklyn restaurant called Honey Badger, run by Fjolla Sheholli and Junayd Juman. Before the pandemic, the couple served an elaborate tasting menu. Now they offer a version to go, plus meal kits, pantry items, and a “curated market basket,” all with an emphasis on foraged items; Sheholli, who spent much of her childhood learning the land around her grandmother’s farm, in Kosovo, is a skilled forager who gathers ingredients outside the city on a weekly basis. The eggs had been laid on an oxymoronically named wild-game farm upstate, but my market basket also included an assortment of uncultivated flora that Sheholli had hand-collected: a small bouquet of red clover, which I brewed into a subtle tea; a few sprigs of wild bay leaf; a generous bunch of common vetch, or wild peas, which bore wispy tendrils and tiny pods.

Though there is much that is technically edible growing in the parks, medians, and other patches of greenery in the five boroughs, Sheholli does not recommend foraging from them; there could be lead, or worse, in the soil. But she and Juman, who have long supported the local community—during the pandemic, by delivering food to elders—have no intention of slowing down in their mission to, as she puts it, “shorten the supply chain.” Every week, she will forage, and, as soon as they can, the couple will serve their food on Brooklyn’s most natural landscape: the sidewalk. (Allora Wild Box $45; Honey Badger market basket from $65.) ♦

Navigating uncertainty across the supply chain with IoT