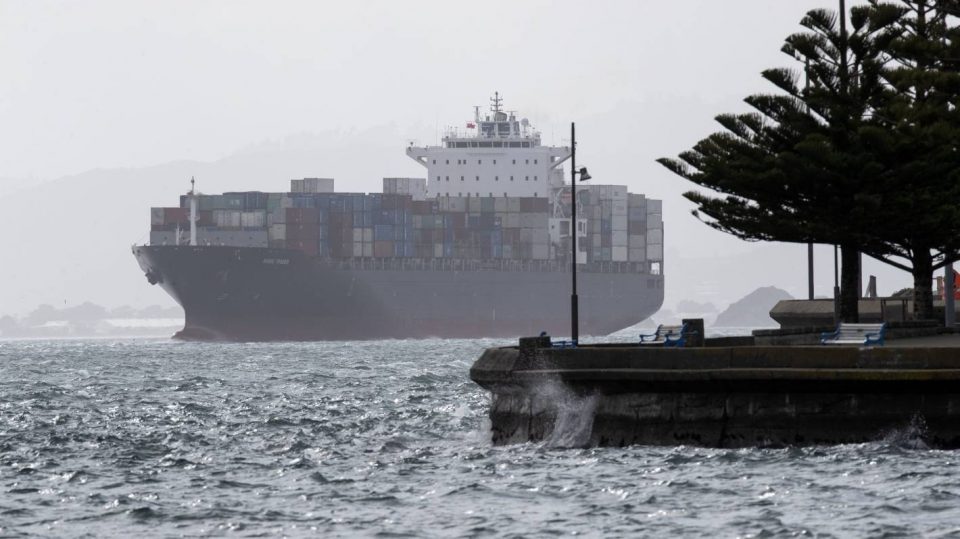 New Zealand is facing a perfect storm that could cause gaps in the food supply over the next six months, warns Food and Grocery Council chief executive Katherine Rich.

Industrial action at ports in Australia, congestion at the ports due to Covid-19 restrictions, and freight companies bypassing New Zealand were all contributing to issues with supply, she said.

“We are deeply concerned,” Rich said.

“The combination of factors makes the New Zealand experience far more extreme than in other countries.”

It was unlikely that the country would run out of whole product lines but some brands would be missing, Rich said.

Traditionally New Zealand was a low value route for shipping companies, she said.

Local ports were tacked on to container ships services heading to and from Australia.

“New Zealand is suffering from the tyranny of distance,” she said.

Rich recently attended a meeting with 400 members of the Food and Grocery Council in Christchurch.

More than a quarter said they were facing supply challenges, she said.

Backlogs at the ports also meant that there had been a rise in surcharges, resulting in higher costs.

“Businesses are seeing margins squeezed to the point of a loss,” she said.

Logistic firms were predicting that this would be the status quo until at least March, Rich said.

“No one should rely on inventory.”

Supply from Europe and China was particularly restricted, she said.

“The issue with China is that the lockdown there has been followed by an unprecedented demand to buy things,” Rich said.

“For consumers, they need to realise that we are going to face shortages for some products. It’s not a case of never getting a product but a case of when.”

Countdown spokeswoman Kiri Hannifan said there were global challenges with sea freight, including limited availability of shipping containers, that was leading to some shipment delays.

“Locally, there is congestion at the Auckland, Tauranga and Sydney ports,” Hannifan said.

“This is having some impact on a range of [international] products as well as local products where local suppliers rely on imported ingredients or packaging.”

Countdown was working closely with its suppliers to manage the situation, hannifan said.

“We are not expecting any category level issues coming into Christmas,” she said.

Foodstuff spokeswoman Antoinette Laird said there was a lot of pressure on shipping and air freight services affecting ingredients and food importers the world over.

“New Zealand is no exception and our suppliers are doing a great job of supporting us to manage the current pressure on imported supply,” she said.

However, the impact on Foodstuffs’ supply chain for its Pak ‘n Save and New World supermarkets had been minimal and the company was well serviced by local producers, she said.

Food is not the only product struggling to get into the country.

A number of retailers have warned that there could be shortages ahead of the Christmas season.

In September, Briscoe Group managing director Rod Duke said the issue of supply had been compounded this year with China delaying its New Year Holiday schedule, the global spread of Covid-19, and shipping companies had taken their ships out of service for maintenance, thinking they would not be so busy.

But routes in this part of the world had been extremely busy, Duke said.

“There’s a real problem getting container space.” he said.

Relativity Space raising $500 million at $2 billion valuation from Tiger and others, sources say

Container shipping could be facing a $10bn-plus loss for 2020