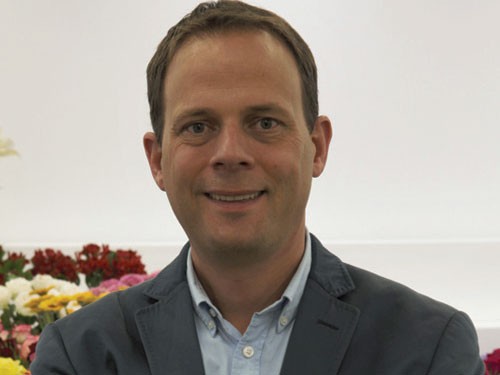 As the cut flower industry has steadily migrated from local to regional to global, cold chains have had to adapt big time. FlowerWatch, a Dutch-Kenyan company, is at the forefront of setting industry standards for this supply chain. Improving the cold chain means a longer shelf life for the flowers, less waste, less spoilage. Growers can delay harvest, which means flowers are a bit more mature and larger. All that translates into significant revenue improvement and better auction prices.

“If you produce a million stems a week and your average price at auction increases from 20 cents a stem to 21 cents, that’s a million cents a week, that’s big money,” said Jeroen van der Hulst, FlowerWatch’s managing director. He spoke to American Journal of Transportation by telephone from his office in Nairobi.

This can result, he said, in flower growers demanding better temperature-control from those up and down the supply chain. Van der Hulst pointed to the fast-growing Kenyan flower industry and to Nairobi airport, which now exports 4,500 to 5,000 tons of perishable cargo a week. “The freight forwarders have invested massively in facilities,” he said, because shippers now require heightened, measurable performance. “A shipper will ask a freight forwarder – I want you to perform in 500 degree hours or 200 degree hours.”

According to van der Hulst, some freight forwarders and airlines now guarantee the degree hours won’t exceed a certain ceiling to gain and retain business from growers.

What makes this exercise more difficult is the nature of the cargo, van der Hulst explained. Put meat or milk into a 2 degree celsius cold storage, and after three days, those products will remain at the same temperature. Flowers, however, could increase to 15 degrees C in the same cold storage. “Unlike fish or meat, flowers are alive, they’re heavily respirating, they’re breathing oxygen, they’re building up carbohydrates and carbon dioxide and heat are waste products in the process,” he explained. “Milk once cooled, will stay cool. Meat, once cool, will stay cool. But flowers, once cooled, will start increasing by themselves.”

So, it’s necessary to slow down the flowers’ respiration process. That’s done by properly cooling the environment, not just with temperature, but with air circulation, with packaging, with stacking.

According to van der Hulst, this self-heating process is more detrimental to the flowers than external heat excursions, or brief spikes in temperature caused by, say, exposure to the outside. “Twenty minutes at 20 degrees celsius is no problem,” he said. “Three days at 12 degrees celsius, that’s a huge problem.”

This kind of quality control becomes more critical as markets grow and consumers demand more. “We have a logistic system and a packaging system which has been the design of the late 60s, early 70s,” van der Hulst said. “If we want to reach new markets further away, if we want to do business in direct markets. if we want to do business in e-commerce platforms, what we have to look at is efficient logistics, consistent logistics and consistent quality.”

As more players within the flower-related cold chain understand the problems and remedy them, overall performance improves. The next step, said van der Hulst, is to match those high performers within the industry — farms, transporters, freight forwarders, packagers, retailers — with each other.

“We are now working on trying to organize a flower supply chain based on operational excellence.” It’s a kind of seal of approval.

“It’s a very exciting period in the flower business looking at logistics,” van der Hulst concluded. “We have some great opportunities developing.”

The China – EU rail network and the US election