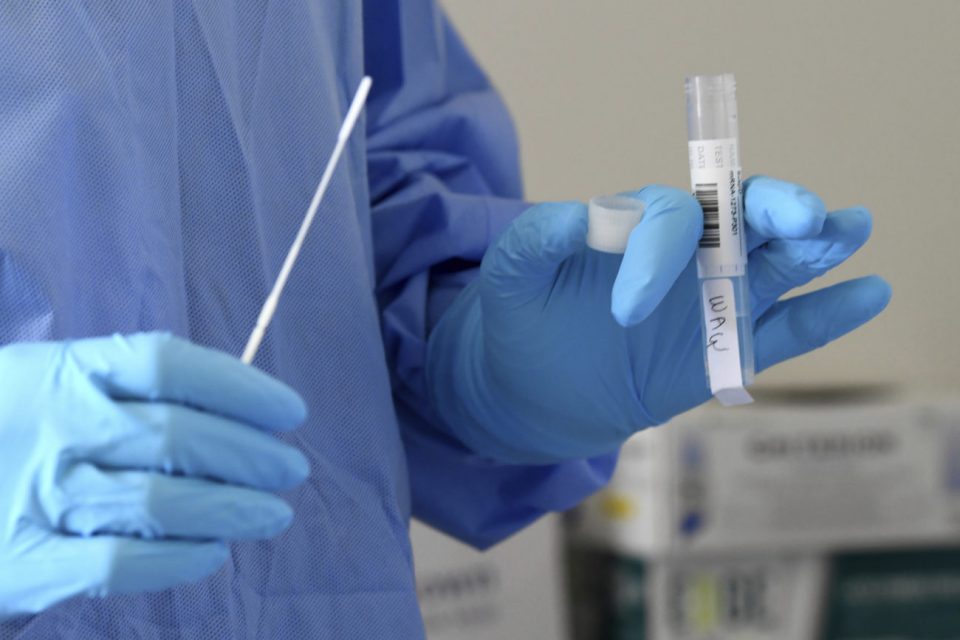 Highly coveted and scarcely produced rapid tests for COVID-19 arrived in South Texas in late March just as neighboring Laredo was entering a five-day death streak. Residents at the time were coming to terms with a newly issued shelter-in-place order, and the case count was hitting the double-digits.

But only three days after 20,000 test kits were distributed in Laredo and a portion in McAllen, they were seized by the federal government. A complaint filed in Laredo on Wednesday revealed why.

The federal complaint filed in the Laredo division of the Southern District of Texas alleges the kits were imported through illegal means.

The test kits were manufactured by a Chinese company, Anhui Deep Blue Medical Technology, and presented for importation at the Chicago port of entry on March 26 by PWI Investment Group, a Houston-based broker.

U.S. Customs and Border Protection held onto the test kits but released them two days later. The paperwork used to get them through the border was later proven to be problematic.

The units were released, according to the federal complaint, “based on a fraudulent FDA registration certificate provided by the freight forwarder hired by PWI,” and incorrect changes to two codes used in the Automated Commercial Environment — a system used by the government to determine admissibility for imports and exports reported by the trade community.

PWI Investment Group, the broker, had a deal in place with a South Texas free-standing emergency room, Clear Choice ER. In turn, the emergency room was ready to sell 1,000 of those tests to a McAllen businessman, and 5,000 test kits to the city of Laredo and Webb County.

All of those agreements simultaneously collapsed when the federal government caught wind of the concerns that surfaced early into the negotiations.

A serendipitous meeting in a congressman’s office led to the ill-fated purchase.

A day after Laredo reported its first case of COVID-19, Roberto Castañeda Jr., the CEO for Clear Choice ER in Laredo, walked into U.S. Rep. Henry Cuellar’s office on March 18, according to an affidavit. Castañeda was expecting to talk to his congressional representative. Instead, he had a meeting with Robert Saenz — a man working in the medical industry, according to Castañeda’s lawyer — who was also seated in the waiting room.

Later, Saenz communicated to Castañeda that he had access to FDA-approved field tests for COVID-19.

Castañeda stated he had reservations about buying the minimum amount of 20,000 units, but he would offset the costs of the half a million — that’s $25 apiece — by selling some at a 200% markup. Joseph Ramon III who owns Healthcare Unlimited in McAllen agreed to buy about 1,000. Leaders from Webb County and the city of Laredo would buy 2,500 at $75 per unit, and Clear Choice ER would donate 2,500.

Even with the financial strategy in place, doubts persisted.

The day following the payment of $250,000, Castañeda visited the U.S. Food and Drug Administration website to confirm the tests were on an approved vendor list. He couldn’t find it.

A search for PWI’s Emergency Use Authorization in the federal registry posted that day yields no hits.

Worried about his investment, Castañeda got on a conference call with Edward Yip of PWI Investment Group on March 24. In that conversation, Castañeda said Yip addressed his concerns, saying, “We have an acknowledgement letter and EUA number as well from the FDA,” according to Castañeda’s affidavit.

The import hiccup that led to the two-day delay at the Chicago port of entry March 28 foreshadowed the forthcoming seizure and confirmation of Castañeda’s fears.

The opportunity to sell these kits dissipated leaving residents and two businesses in the lurch.

Laredo residents were going to be tested with those kits in the city’s first mobile testing site. The health department was conducting accuracy tests before rolling them out. The results were underwhelming and far from the promised 93% or 97% effectivity rate. While the city continued their tests, agents seized the kits April 2. It would be days before the mobile site would be operational.

In McAllen, Ramon had to voluntarily give up the nearly 1,000 tests when agents from Homeland Security Investigations visited his office.

The Laredo business sued PWI Investment Group on May 5 for damages exceeding the half a million dollars they initially lost.

“It’s not a one-for-one loss,” Tellez said, explaining that his clients lost out on the timeliness of providing a hard-to-find product in high demand.

“We’re suing PWI because they committed fraud in how they purported the product that they sold to us,” Tellez said alluding to the fraudulent certificate mentioned in the federal complaint filed separately.

Peterson said Clear Choice ER is focusing their lawsuit on the middleman in the deal.

“They’re suing us, nobody else,” Peterson said. “They didn’t sue the company in Hong Kong that made them. They didn’t sue the salesmen that they bought them from. They’re just suing the broker in Houston who was asked to go find COVID plasma testing kits that were authorized under an emergency use authorization.”

Peterson is requesting the case be moved to a Houston district court since PWI Investment Group is based in Harris County.

“Eventually, after that we’re going to file a notice of transfer to Hong Kong. The contract states any disputes have to occur in Hong Kong,” Peterson said.

Over in the Laredo division of the Southern District of Texas, a judge will soon have to decide whether to confirm the seizure of the nearly 15,000 COVID-19 rapid tests.

It’ll only be a formality.

From the time the deal started until the kits were seized, Webb County’s case count multiplied from one to 57 and in Hidalgo County from zero to 62 cases.

Freight Workers Get Nod For $2M Deal In OT Suit

Demand for Thermal Insulation Packaging to Rise at 18.3% CAGR in Pharmaceutical Industry | 2021-02-24