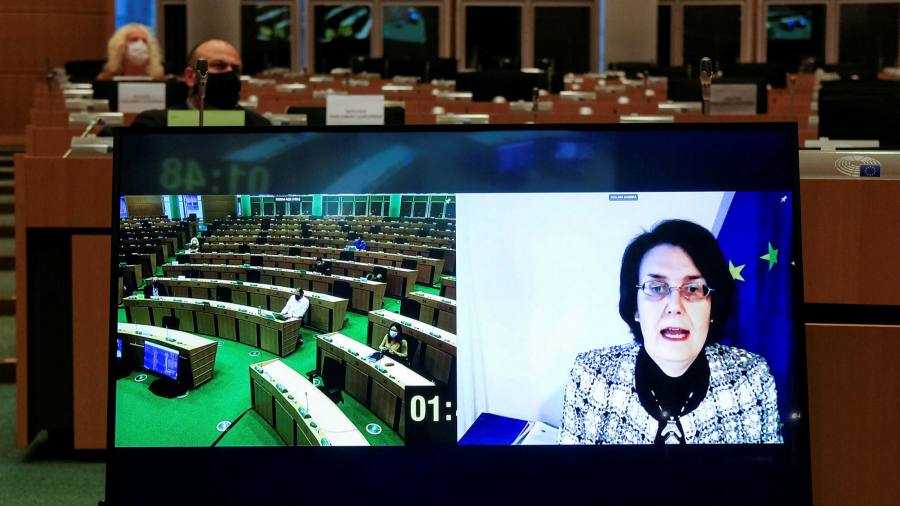 The head of the EU’s multibillion-euro coronavirus vaccine-procurement scheme has denied the wrong products have been bought and that the programme risks falling apart as member states seek to secure their own supplies.

Sandra Gallina, who is leading the European Commission’s programme to order more than 2bn doses of seven inoculations, said Brussels had built a portfolio that would yield sufficient quantities and timely delivery.

Her defence, in an appearance before MEPs on the European Parliament’s environment and public health committee on Tuesday, is a riposte to critics, notably in Germany, who say the bloc has not purchased sufficient quantities of the leading vaccines approved by the European medical regulator, made by BioNTech/Pfizer and Moderna.

“We bought as much as was offered,” said Ms Gallina. “If I buy billions of doses [on paper] but they are not delivered, what’s the use?”

Ms Gallina, who was brought in from the commission’s trade division to head vaccine procurement when the scheme was set up over the summer, said deliveries would grow steadily, and faster still in the second quarter. She said she hoped the Oxford/AstraZeneca jab would, later this month, become the third Covid-19 vaccine to be approved by the European medical regulator.

The commission last week announced a provisional deal to double its order of the BioNTech/Pfizer drug to 600m doses.

“The numbers are there,” she said of overall vaccine supplies. “The production is ramping up.”

The slow rollout of immunisation in many EU countries, compared with countries such as the US and UK, has triggered a debate over who is to blame. The commission has pointed out that member states are responsible for their own vaccine distribution.

Ms Gallina told MEPs that, despite media reports, principally from Germany, Brussels was not aware of any EU countries signing “parallel contracts” for the vaccine beyond the commission’s own orders.

Brussels announced this week that Stella Kyriakides, health commissioner, would write to member state health ministers to check they had observed “all the necessary transparency” over any dealings with drug companies with which the commission had done deals or held talks.

“These parallel contracts have been much rumoured. I haven’t . . . seen one. And I don’t think I will ever see one. It’s something that in my view does not exist,” Ms Gallina said. She added that the commission had “good intelligence” on what was going on in EU member states on vaccine procurement.

Cyprus has said publicly it is seeking to boost supplies by requesting doses from Israel, the world leader in vaccination rates.

Coronavirus vaccines are being distributed to EU member states based on population size, although countries can make arrangements among themselves to give parts of their allocation to each other.