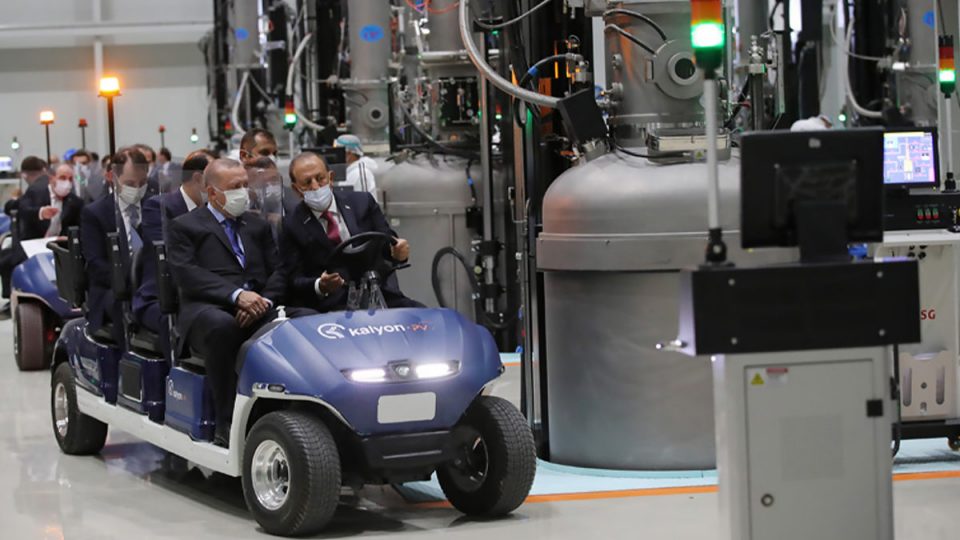 The $1.4 billion cost includes a 1 GW solar field 260km away in Konya. The factory will be developed solely by Kalyon Solar Technologies after development partner Hanwha Q-Cells walked away from the project.

The vertically-integrated fab will initially have a 500 MW annual production capacity for the manufacture of solar ingots, wafers, cells and modules, rising to 1 GW in future.

Construction of the gigafactory was tendered in March 2017 and included the installation of a 1 GW solar field 260km south of the Turkish capital in Konya. A joint bid by Kalyon and Korean manufacturer Hanwha Q-Cells secured the tender but Hanwha subsequently walked away from the deal.

The 1 GW solar plant will cost $1 billion and the Ankara factory $400 million in a deal which marks one of the nation’s biggest energy investments.

Kalyon will create 1,400 factory jobs during the first phase of operations with 100 scientists working in an affiliated research center.

The solar power plant is expected to give a 20% lift to the volume of electricity generated from solar in Turkey and the first of the 3.5 million panels planned at the site were installed as the factory opening ceremony was taking place. The plan is to equip the huge solar field with modules produced at the Ankara fab with the first panels having rolled off the production line in recent weeks. Ingots, wafers and cells are now following.

German PV production equipment suppliers RCT Solutions has supported development of the factory since the feasibility study phase and German equipment has been installed on the production lines.

“Many European countries are currently thinking about rebuilding a complete photovoltaic value chain that includes all production steps,” RCT chief executive Peter Fath told pv magazine. “In Turkey they have now shown how and how it works.”

The RCT chief said Kalyon signed supplier contracts in October and then asked his business to conduct a feasibility study into construction of the factory in May this year, with the Covid-19 crisis prompting only a slight delay before module production started.

The Turkish government, which had already contributed TRL4.2 billion ($572 million) to the factory under the Project Based Investment Incentive System launched in August 2017, decided to further subsidize the facility in September, with a TRL1.99 billion “super incentive.”