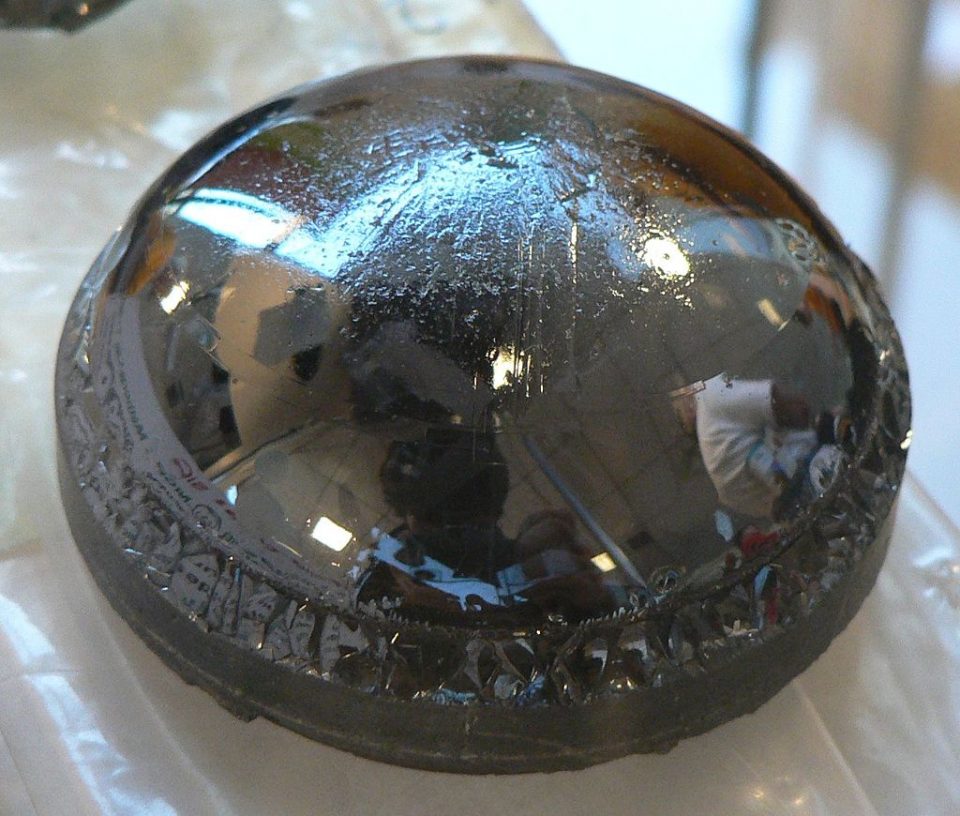 GlobalWafers, a Taiwanese wafer manufacturer, will add 150mm silicon carbide to its products, manufactured from bulk SiC crystals produced by GT Advanced Technologies, under a new multi-year agreement to “forge a new source of supply of silicon carbide wafers.”

Sample of silicon carbide as a boule.

The two companies aim to ramp up supplies of the high-demand substrate material for the electric vehicle (EV) industry and the PV sector, which uses silicon carbide in next-generation inverters.

“The power electronics industry needs supply agreements such as the one we’ve entered into with GWC, and we’re very pleased to make it a reality,” said GTAT CEO Greg Knight. “GWC, utilizing this incoming supply of silicon carbide material from GTAT, can now apply years of wafer process development and immediately become a top-tier SiC wafer supplier to complement its other substrate offerings.”

GTAT opened a silicon carbide factory in Hudson, New Hampshire, in June 2018. The company is rapidly bringing its proprietary crystal-growth systems to scale, as demand for silicon carbide is expected to grow in the coming years. GT’s strategy so far is to sell the ingots whole to customers who can slice them using diamond wire.

One of the main challenges for silicon carbide technologies when they are applied to power electronics is the limited supply of the material at a global level.

Silicon carbide-based inverters could be particularly interesting for the PV industry, as they offer higher power density, have less need for cooling, and result in lower overall system costs than traditional inverters. However, defects at the interface between the silicon carbide and the insulating silicon dioxide material are still a big barrier to bringing the technology to mass production. To date, inverter makers have manufactured silicon carbide products only as prototypes or in pilot projects.

South Africa: Treasury Issues Instruction Note to Speed Up Procurement of Goods/Commodities Required to Reduce and Control the Spread of the Coronavirus Covid-19