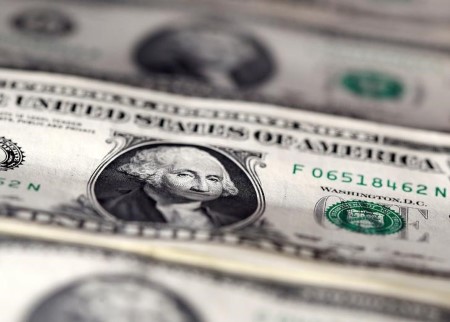 SINGAPORE, Nov 25 (Reuters) – The dollar and export-focused currencies edged higher on Monday on broadly upbeat headlines about U.S.-China trade talks, while the pound climbed on hopes of an imminent Brexit and an end to years of political paralysis.

Moves were marginal, however, as scepticism and weariness of newsflow about both U.S.-China trade negotiations and Brexit kept investors cautious.

Sterling GBP= rose 0.2% to $1.2854 in Asian trade, lifting it from an almost two-week low hit on Friday following surveys showing businesses in their deepest funk since 2016.

The greenback, also supported by positive economic data released late last week, rose 0.1% on the safe-haven Japanese yen JPY= to 108.78 yen. The euro EUR=R was steady at $1.1021 while the Australian and New Zealand dollars ticked higher.

Against a basket of currencies .DXY the dollar was steady at 98.258.

“The markets are holding on to any sort of positivity we get at the moment, we want to keep that momentum going,” said Sean MacLean, research strategist at Pepperstone, a brokerage in Melbourne.

British Prime Minister Boris Johnson, whose Conservative Party leads in opinion polls ahead of the Dec. 12 election, supported the pound with a promise to “get Brexit done” and bring a deal to leave the European Union back to parliament before Christmas.

Keeping hopes for a breakthrough in trade talks alive was the weekend announcement of Chinese plans for improving protection of intellectual property rights – seen as a move to address a sticking point between the parties.

Rising tensions over Hong Kong, however, have emerged as a fresh complication in the trade talks, that have otherwise appeared to make slow progress.

The city has been rocked by more than five months of anti-government protests, and Beijing has already reacted angrily to the passage U.S. legislation backing protesters, which has cleared Congress but not yet been endorsed by Trump.

“The price of the ‘Hong Kong bill’ will be increased underlying U.S.-China tensions,” said Vishnu Varathan, head of economics and strategy at Mizuho Bank in Singapore, adding that means greater uncertainty around the trade deal.

Nevertheless, the optimistic sentiment was enough to lift the trade-exposed Australian dollar AUD=D3 0.2% higher to $0.6797 and the New Zealand dollar NZD=D3 to $0.6415.

Later in the trading day focus is expected to shift to German service-sector data and a speech from the European Central Bank’s chief economist Philip Lane at 1800 GMT, ahead of U.S. Federal Reserve Chairman Jerome Powell appearance at 0000 GMT.