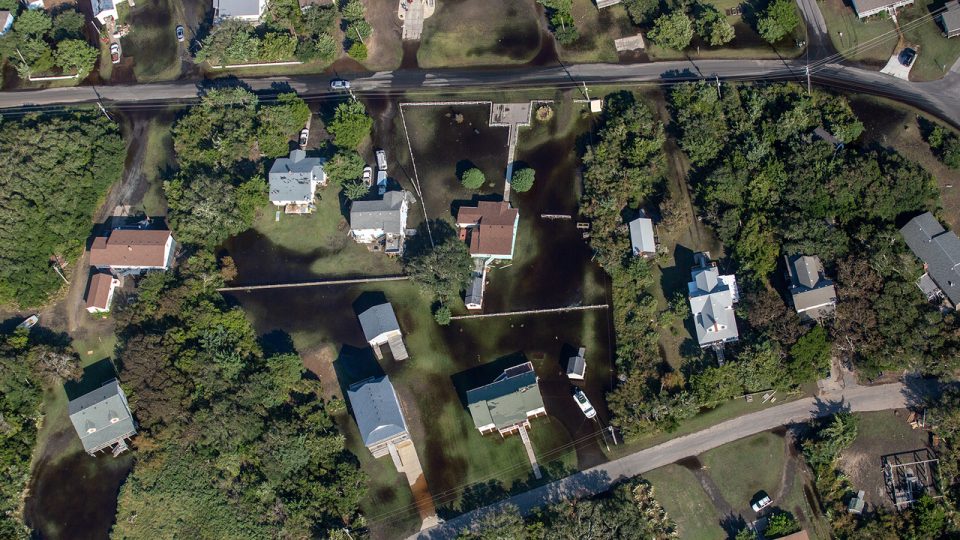 The House and Senate each overwhelmingly approved a disaster recovery bill Thursday, sending it to Gov. Roy Cooper despite questions the Democratic governor’s office raised about a budget provision included in the bill’s final version.

House Bill 200, the 2019 Storm Recovery Act, passed 100-1 in the House and 45-0 in the Senate. The bill included about $121 million in state matching funds, largely for storm recoveries from the last three years; funded the state’s individual assistance program for people affected by September’s Hurricane Dorian; and included $59 million for various efforts meant to help North Carolina prepare for future storms.

But it was a previously little-noticed provision — Section 5.7 of the bill — that Gov. Roy Cooper’s office blasted Thursday. Originally included in the state budget Cooper vetoed, the provision states that any donation or gift received by North Carolina’s government will be deposited into the state treasury.

Republicans said it emerged from the controversy over the Atlantic Coast Pipeline.

Rep. Chuck McGrady, a Hendersonville Republican, tweeted Thursday afternoon that a member of the nonpartisan Fiscal Research Division provided the provision for inclusion in the disaster relief bill.

“It was originally in the budget,” McGrady tweeted, “and I suspect it was put there to address issues involving both the (Volkswagen) settlement and potentially any Atlantic Coast Pipeline mitigation fund.”

Cooper and Republican leaders of the General Assembly have been engaged in a lengthy tussle over who should control the $92 million North Carolina received as part of a national settlement with Volkswagen over the company’s cheating on vehicle-emissions tests. McGrady later added that he was the person who brought the controversial provision to the attention of Cooper’s staff.

In a prepared statement Thursday afternoon, Megan Thorpe, a Cooper spokeswoman, wrote the bill could risk pots of money from the Volkswagen settlement, any potential opioid settlements and donations to universities.

“Republicans should be ashamed for using storm survivors as political pawns in their latest power grab,” Thorpe wrote. “These families deserve help, and Governor Cooper realizes the critical importance of the disaster funding portion of this bill.”

Senate Rules Chairman Bill Rabon, a Brunswick County Republican, issued a statement Thursday afternoon saying the provision would not apply to any of the situations laid out by Cooper’s office because state law already specifically addresses those situations.

Cooper didn’t say whether he would veto the relief bill. NC Emergency Management officials have previously said pots of matching funds could run out by the end of the month if they aren’t replenished.

In a prepared statement, Lauren Horsch, a Senate Republican spokeswoman, wrote, “The Governor’s administration is a mess, so it’s surprising his focus is on a minor technical provision that reinforces the Constitution’s mandate that the legislature, not the Governor, appropriate funds.”

The Republican release added that the provision was included because of the ongoing controversy about the Atlantic Coast Pipeline.

Previously, the News & Observer has reported that Republican lawmakers hired investigators to investigate a potential connection between a state permit for the pipeline and a $57.8 million mitigation fund Cooper’s office announced the same day. During a legislative hearing last week, WRAL-TV reported, Cooper administration officials reiterated there was no trading the mitigation fund for the permit and that the decisions were announced the same day in an effort to quell concerns about the pipeline from environmentalists.

The Republican-led General Assembly has since taken control of the $57.8 million and passed legislation redirecting money to school systems in the eight counties along the pipeline’s proposed route.

The investigators’ report will, Horsch wrote, be made public next week.

Wednesday, a handful of full- and part-time residents of Ocracoke visited the General Assembly to urge lawmakers to pass the disaster relief bill, which provided specific aid to the island hit hard by Hurricane Dorian. The bill provided $1.7 million for repairs to the Ocracoke School and $5 million specifically for Hurricane Dorian recovery grants to local governments, with an additional $10 million grant program intended to aid in recovery from named storms since 2016’s Matthew.

In a prepared statement after the Senate approved the disaster bill. Sen. Brent Jackson, a Sampson County Republican, wrote, “This latest funding will ensure North Carolina can become resilient in the face of natural disasters and give communities more flexibility in their rebuilding efforts.”

This story was produced with financial support from Report for America/GroundTruth Project and The North Carolina Local News Lab Fund, a component fund of the North Carolina Community Foundation. The News & Observer maintains full editorial control of the work.