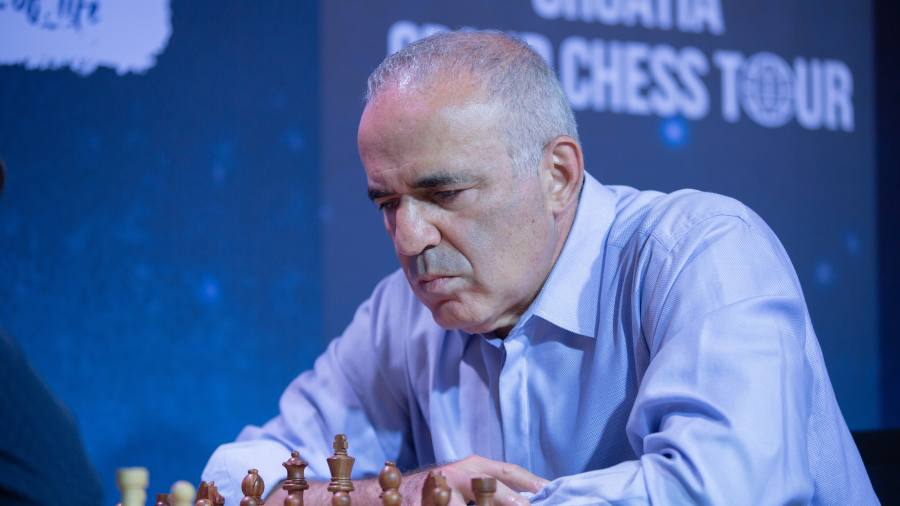 Garry Kasparov, for many still the all-time No1, made a rare cameo comeback at the weekend, but it ended in disaster at Zagreb in the blitz section of the St Louis-organised Grand Tour. The former world champion won only one game, with three draws and 14 defeats.

Kasparov relied on his openings from his peak years a quarter of a century back, but lost three Najdorf Sicilians in a row, It was blitz, three minutes per player, a format of the game where he used to be dominant. Now his clock management was poor and he lost several games directly or indirectly due to running out of time.

Kasparov’s seven-move loss to the world No6 Shak Mamedyarov was the shortest ever competitive defeat for a reigning or former world champion. Vishy Anand once lost in six moves, but that was years before the Indian won the title.

Afterwards, Kasparov blamed his defeats on rust and promised a much better showing at St Louis in September, when he plays a Chess960 event. Games begin with randomised piece placements, meaning that book openings are irrelevant.

Mamedyarov v Kasparov, final position. Black to move. Kasparov’s king and queen on the same line as the white rook will lead to heavy material loss, so probably Black had planned 7…d4-d3 here. How would White have replied?

The Kaseya VSA REvil Ransomware Supply Chain Attack: How It Happened, How It Could Have Been Avoided

The Future of Procurement is Mobile — Here’s Why

The Politics of Section 232 Tariffs and Buy American Procurement