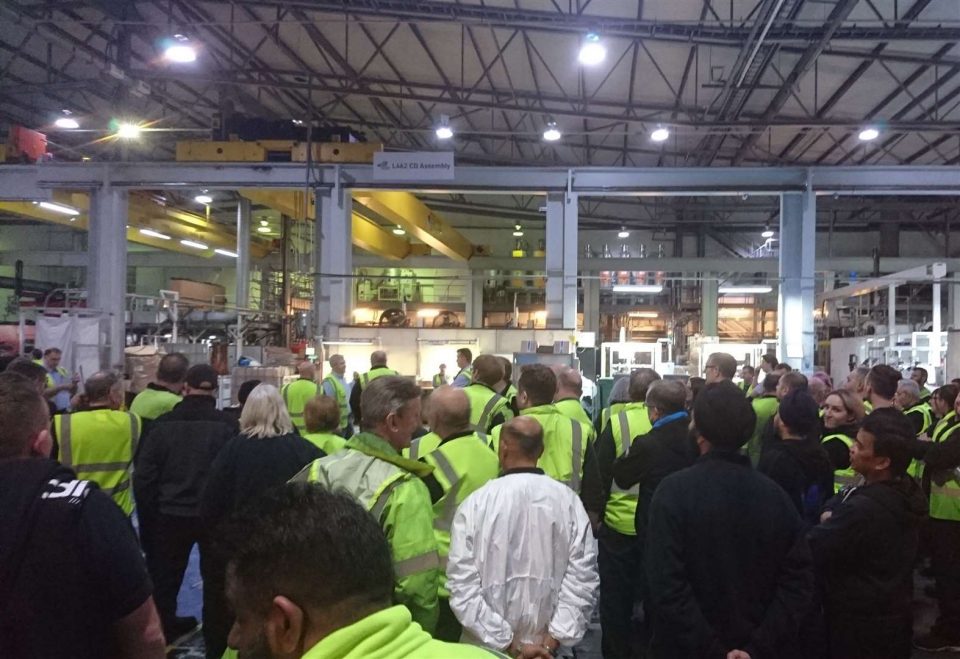 Car accessory firm Grupo Antolin has confirmed it has shut its factory at Hartlip near Sittingbourne.

The news will come as a body blow to its 270 workers who had been hoping to convince the company to keep the plant open.

Joe Coshan reported on the plans in January

Bosses made the announcement today.There will now be a phased transfer of operations from May to December when the site will close.

Proposals were first announced in January.

Spanish firm Grupo Antolin, one of the largest manufacturers of vehicle interiors in the world, says the decision is based on the “prevailing economic and trading pressures” facing the “global automotive industry” but it will continue to be committed to Britain.

Mark Wilsdon, the firm’s UK regional director (industrial) said: “The company’s UK operations will continue to be key to the future ambition and strategy of Grupo Antolin.

“The decision to close Hartlip, and relocate its operations within the UK, has, regrettably, been reached following a detailed consultation process with the affected employees and their local trade union.

“It takes into account the current and future expected commercial performance of the site in a challenging automotive marketplace.

“We will be providing ongoing redundancy support to those affected, including an agreed, significantly enhanced, redundancy package, as well as other career transition support measures.”

The company makes interior roofs, door panels and dashboards for cars in 150 factories across 26 countries and employs more than 30,000 workers.

China: A beacon of hope amid Covid-19 crisis  – Sectors

Starting A Business? Let Supply Chain Tech Link Your Past To Your Future

Gradual Easing Of Lockdowns May Be Better For Global Economy: Study