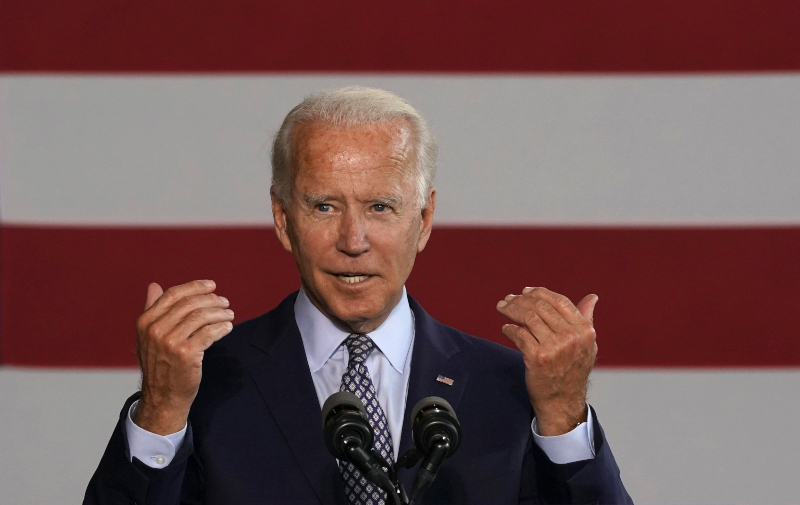 (Bloomberg) –President Joe Biden will seek to repair relations with Canada that have been strained by disputes over trade and the Keystone XL pipeline as he meets virtually with Prime Minister Justin Trudeau on Tuesday.

Trudeau has called the Keystone XL project — which would have shipped more than 800,000 barrels of crude a day from Alberta’s oil sands to U.S. refineries — a key priority, and voiced his concern over the cancellation in a telephone call with Biden last month. The Canadian Parliament last week agreed to establish a committee to study he economic relationship between the two countries. And Alberta Premier Jason Kenney has called for retaliatory economic sanctions on the U.S. over Biden’s move, though that effort has gained little traction.

The two leaders plan to unveil a road map on how to improve cooperation on a range of topics, from global alliances to the coronavirus, according to a senior U.S. official, who requested anonymity to preview the meeting.

As part of that effort, Biden and Trudeau will announce a forthcoming ministerial meeting on climate and the resumption of the Cross-Border Crime Forum, an annual gathering of top law enforcement officials from each country to examine ways to collaborate on counterterrorism and efforts to combat smuggling, and organized crime.

There are also plans for additional announcements related to Canada coming this week from the U.S State Department and Department of Transportation according to the official, who didn’t discuss the substance of those plans.

The meeting, set for late afternoon, comes at a time when Canadians have become increasingly uncertain about where they stand with their closest ally. After four years of bruising trade battles with Donald Trump, the Biden administration already has canceled a permit for TC Energy Corp.’s Keystone XL oil pipeline and threatened new “Buy American” provisions for government procurement contracts.

But the White House is hoping to improve the tenor of relations with a coronavirus-era variation of the longstanding tradition of the U.S. president making his first foreign trip to Canada.

White House officials have said it would likely be months until Biden could hold in-person meetings with foreign leaders, but the two leaders will try to approximate the beats of a traditional gathering.

Biden, Vice President Kamala Harris, Secretary of State Antony Blinken and National Security Adviser Jake Sullivan will meet with their Canadian counterparts in a virtual session designed to get as close as possible to a traditional Oval Office meeting between world leaders.

After about 45 minutes of conversation, an expanded group — which will include Defense Secretary Lloyd Austin, Transportation Secretary Pete Buttigieg, and White House economic and coronavirus advisers — will meet for broader discussions. After the private meetings, the leaders are expected to deliver joint remarks to reporters. 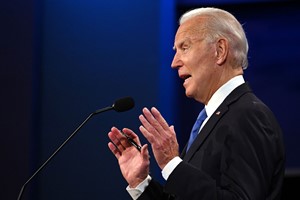 “I look forward to renewing the strong friendship between the United States and Canada and working to tackle the shared challenges we face,” Biden tweeted over the weekend.

Trudeau tweeted that the conversation would “focus on ending the pandemic, growing the middle class and creating jobs, and fighting climate change.”

Relations between the U.S. and Canada are expected to improve under the Biden administration, with the new American president more closely aligned with Trudeau’s Liberals across a series of policy initiatives. White House Press Secretary Jen Psaki said Monday she expected Biden to “highlight the strong and deep partnership between the United States and Canada as neighbors, friends, and NATO allies.”

Still, some areas of discussion could prove thornier. Biden revoked the permit for the Keystone XL pipeline — linking oil-rich Alberta to Nebraska — on his first day in office, saying the project isn’t “consistent with my administration’s economic and climate imperatives.”

Officials in both Ottawa and Washington said they don’t expect the pipeline to play a major role in Tuesday’s talks — a tacit acknowledgment that neither side appears likely to relent — though they do expect the topic to be raised.

Trudeau may also press Biden on another early executive action: his “Buy American” order that strengthened requirements for federal spending, clamping down on contractors’ use of foreign suppliers. That could spell trouble for Canadian suppliers who sell to American companies that contract with the federal government.

Trudeau is expected to seek waivers similar to those granted during the Obama administration to help protect Canadian businesses. But Psaki said Monday that although the administration is reviewing its procurement procedures under the executive order, it doesn’t anticipate making changes.

Canada is also likely to again seek U.S. assistance in pressuring China to release former diplomat Michael Kovrig and businessman Michael Spavor, who were detained in 2018 after Canada arrested Meng Wanzhou, a Chinese executive with Huawei Technologies Co. The U.S. has sought the extradition of Meng — who is the daughter of the company’s founder — to try her on fraud charges. Her extradition case remains pending in Canadian courts.

Because Biden made a priority of the bilateral talks with Canada as the first such event since he took office, the discussions can be seen as the new president extending a peace offering, according to Sarah Goldfeder, a former U.S. diplomat.

“This is the Biden administration acknowledging they need to do better on the relationship with Canada,” said Goldfeder, a principal at government relations firm Earnscliffe Strategy Group in Ottawa and a former special assistant to U.S. ambassadors to Canada.

“It’s scaffolding to build on later,” Goldfeder said, adding she doesn’t expect there to be a lot of “deliverables or work done.”

For Biden, she said, “This is a way of being nice and re-instituting that relationship.”