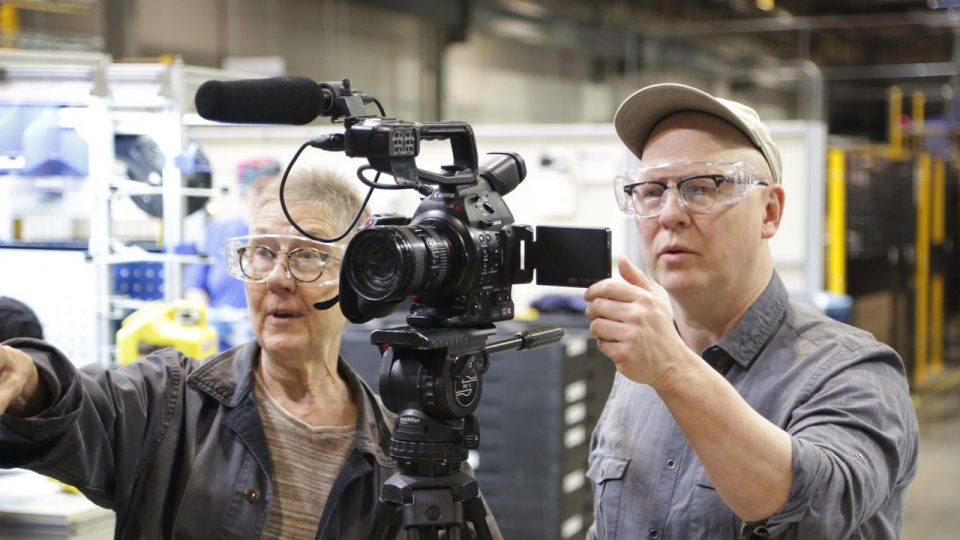 Encouraging as they may be, neither Reichert nor Bognar assume that the Obamas will show up on Oscar night. Instead, the filmmaking duo will attend Hollywood’s biggest event with some of the factory workers featured in the film, including Shawnea Rosser and Robert “Bobby” Allen. Wong He, the tireless furnace engineer with the daily Twinkies habit, might also be on the guest list, “but it’s harder for him to get off work because he’s so essential,” Reichert said. “He kind of runs the furnace, and that can’t stop when you’re producing glass 24/7.”

Another Factory fixture who seems likely to fly to Hollywood? Chairman Cho Tak Wong, the union-busting billionaire who frequently flies in from China to oversee production at the Ohio factory. “When we got the word about the nomination, the chairman first wrote and said he was coming to Los Angeles. And then he wrote and said, ‘I’m a Buddhist, so I have no stake in whether it wins or loses. But I want to be there to support Julia and Steve,’” Reichert said.

Toward the end of the film, the chairman has a surprising moment of reflection; he looks back on his career, and wonders whether he’s done more harm to the planet than good. Perhaps that scene explains why he wound up liking American Factory, even though the documentary doesn’t paint a flattering portrait of him. Reichert and Bognar showed the film to him, the president of Fuyao, and the company’s top attorneys prior to releasing it to the public.

“One of our great mentors, D. A. Pennebaker, used to say that you always show the film,” Reichert said. “You owe it to the people to at least let them have a chance to see it before the world. It’s the decent thing to do, you know?”

In between industry events, Reichert and Bognar are also editing a new film, which will make its debut at this year’s SXSW festival. The documentary, titled 9to5: The Story of a Movement, follows a group of secretaries in 1970s-era Boston who pushed back against income inequality.

“We were editing this morning; we were editing yesterday,” Bognar said. “Yesterday afternoon, we were at the nominees luncheon. Very different than sitting at your computer [and] making little clicks with a mouse.”

As they look back on American Factory’s success on the awards circuit and overseas—bootlegged DVDs made their way around China, where Netflix is banned—Bognar is reminded of a scene they wound up cutting from the film for time. It revolves around one of the American factory workers, Rob Haerr, helping one of the Chinese employees buy a truck from a car salesman who’s also a Palestinian immigrant. In his office, he has both Palestinian artwork and an American flag.

“At one point, there’s this three-way conversation going on between the blue-collar, gun-toting, Harley Davidson–riding American guy, the Palestinian car salesman, and the Chinese factory worker who wants to buy a car, and they’re all standing in front of this huge American flag,” Bognar recalled. “It’s like, ain’t that America right there?”

— Vanity Fair’s 2020 Hollywood cover is here with Eddie Murphy, Renée Zellweger, Jennifer Lopez & more
— Who would defend Harvey Weinstein?
— Oscar nominations 2020: what went wrong—and did anything go right?
— Greta Gerwig on the lives of Little Women—and why “male violence” isn’t all that matters
— Jennifer Lopez on giving her all to Hustlers and breaking the mold
— How Antonio Banderas changed his life after nearly losing it
— From the Archive: A look at the J. Lo phenomenon

Looking for more? Sign up for our daily Hollywood newsletter and never miss a story.

What Everyone Wore on the 2020 Grammys Red Carpet

Commentary: What is the state of blockchain in the supply chain?