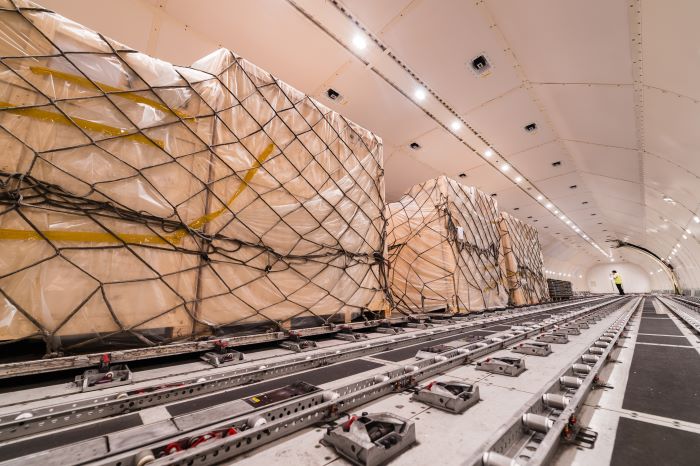 Observers agree it will be well into 2020 before any improvement is seen in the air cargo sector. Photo credit: Shutterstock.com.

Forwarders are slashing their block space agreements (BSA) with airlines for 2020, as they are reluctant to commit volume to carriers in a dismal air cargo market that shows no signs of recovery, according to Freight Investor Services (FIS) analyst Peter Stallion.

The International Air Transport Association (IATA) has described the performance of air cargo this year as the weakest since the global financial crisis and is predicting a full-year decline for 2019.

Faced with this falling demand and spooked by trade wars, Brexit, and growing economic uncertainty, Stallino told JOC.com that forwarders are limiting their commitments to airlines and scaling back BSA in 2020.

He warned that the erosion of long-term volume contracts was having serious consequences for airlines that relied on the safety net of volume on which to build budgets and forecasts.

“The lack of a predictable revenue stream at a sustainable price puts greater emphasis and risk on the use of the spot market to meet budget targets,” Stallion said. “All the while, the inherently volatile forward market remains impossible to predict, enhancing the already prevalent risk involved in physical capacity transactions.

“What is clear is a dramatic shift in the pricing of long-term contracts, with prices being dumped to secure necessary volumes, particularly those carriers with a mix of freighters and passenger aircraft,” he added.

While freighters will only fly when full or if the payload is at a profitable level, passenger aircraft must stick to schedules, losing vital belly cargo revenue in times of weak demand.

“The low current market price, and the debacle of this year, lowers the negotiable rate airlines can charge forwarders for their contracts,” Stallion said. This was being exacerbated by shippers themselves unwilling to commit volume to forwarders and preferring to look at spot rates.

According to FIS, China-United States spot rates are currently $3.44 per kg compared with $4.31 at the same time last year. Shanghai-US rates remain well below 2018 levels, as do all trans-Pacific routes.

The China-Europe rate, which increased strongly in September and November, has also lost much of its previous gains, falling to $3.12 per kg this week.

There is little positivity from the industry looking ahead to 2020. With no peak season to speak of, those in the air cargo business are preparing for a decidedly unhappy New Year.

Steven Polmans, chairman of The International Air Cargo Association (TIACA), predicted the weak market will extend to the second half of 2020.

“The first six months of 2020 will be difficult before we see an improvement in demand in the second six months,” he said at the recent TIACA annual summit. “There is still the question of what happens after Brexit, what will happen with the trade wars, the Middle East, and the oil price.”

Alexandre de Juniac, IATA’s director general and CEO, warned in a November update that the disappointment would extend into next year, and Detlef Trefzger, CEO of global forwarder Kuehne + Nagel, said last month it would be well into 2020 before any recovery was seen in air cargo.