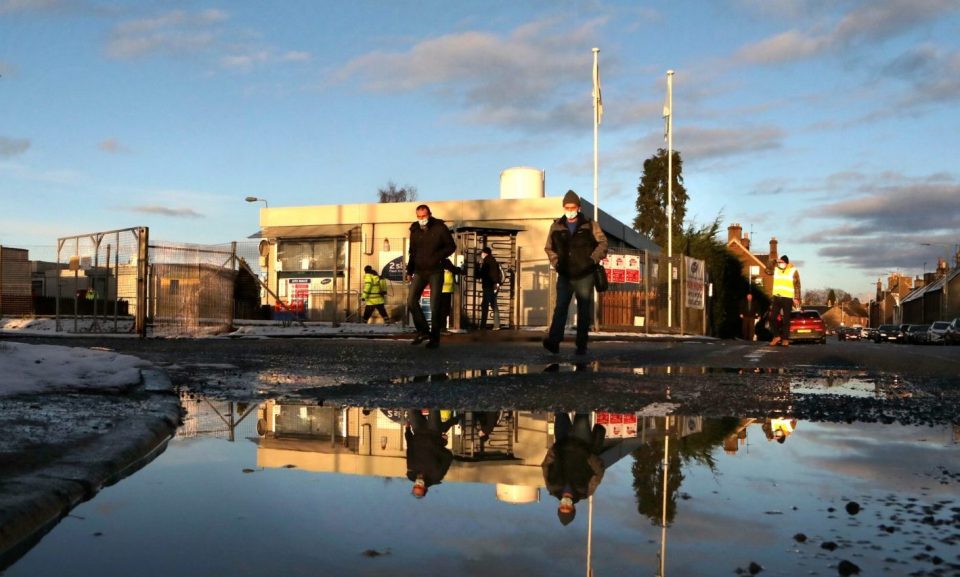 Around 15 workers from the 2 Sisters plant in Coupar Angus were filmed at the gathering inside a town centre flat on January 1.

Hours earlier, health chiefs said a second outbreak at the George Street abattoir appeared to be under control after seven staff tested positive.

On Wednesday, NHS Tayside confirmed the number of cases linked to the factory had risen to 30.

Video and photos of the party – which were date-stamped January 1 – were sent to The Courier. The people involved were identified by neighbours and other employees as staff at the factory from several different households.

One worker pointed to a photo of 13 people and said: “All of them are now in quarantine.”

They represent a small minority of the 1,200 people who work at the factory. Staff numbers were significantly reduced over the Christmas period.

An Incident Management Team (ITM) has been set up to monitor the outbreak, while about 70 people connected with the factory are in isolation.

The Hogmanay gathering has been condemned by Deputy First Minister and local MSP John Swinney as “a hugely regrettable breach of the current guidance.”

He said: “The actions of those in attendance at the party are idiotic and utterly indefensible, particularly as we see rising cases across the region.

“Following such a breach, it is vital that the correct public health protocols are followed to minimise the risk to others in the community.”

SNP MSP Pete Wishart added: “Given the significant sacrifices that we all made this festive season, I am sure that this incident will be lambasted by residents across Perthshire.

“The rules are in place for a reason and it is extremely disappointing to see people ignore them in such a flagrant manner.”

He said: “Given the seriousness of where we are in this situation, I would urge people to follow the guidance on socialising and stay at home.”

Video shows a group of mostly young men at an outdoor barbecue, followed by footage filmed inside the flat with music, drink and disco lights.

It is understood the party was not reported to Police Scotland.

Around 200 staff tested positive during the first outbreak in August. All staff – including 300 agency workers – were told to quarantine for two weeks.

At the end of the incident, 2 Sisters staff received extra training on how to prevent another outbreak.

Enhanced measures included training on “conduct in the community” and “keeping Covid-safe in a shared household.”

Factory farms and the next pandemic – New York Daily News